Alana Spencer is the Welsh chocolate & cake company owner who won the BBC Apprentice in 2016 and started a chocolate and cake business called Ridiculously Rich by Alana with Lord Sugar.
If you followed the BBC Apprentice last year, you’ll agree with me that this has presumably been the worst season ever. People shouting at each other, people crying, people lying, people manipulating people, people leaving the team at no notice, people not being able to create or sell anything, people ignoring where India is. When things go this way, credible candidates might well get lost in the ocean of incompetence – because the more incompetent idiots are, the loudest they become.

I have zero tolerance for manipulators, idiots and dishonest individuals and I would have probably lost my temper from week one; but you take Alana, and well, it’s admirable how she just stayed calm and productive for twelve weeks in a row without ever bitching about the other candidates.

Hello, Alana, let’s start this out. How did you realise you didn’t want to be an employee?

I’ve never really kind of considered that I would ever be an employee. When I was in school, I was always doing things to try to make money. I had a job as a waitress, but I was always doing business on the side with my chocolate, so I think it’s always ever been written. I obviously talk for myself.

I wanted to be a pop star when I was younger. A kind of Baby Spice basically.

Haha. And have you ever thought of doing anything different from chocolate making?

Mmm, no. I think sweets and food have always been my thing. Once you’ve got a passion for chocolate, you would always want to do something around the sweets market.

What did your parents say about your ambitions?

Well, my mum bought me a book explaining how you can teach yourself to make chocolate, so I taught myself… and I kind of started from there.

What’s your favourite type of chocolate?

What are your tips for someone struggling to find their way between regular employment and self-employment?

I think it’s kind of normal to still be employed and be doing your own thing on the side. You need to have a clear goal of where you want to get to before you can get there because if you don’t have that vision, you can get stuck in between things.

What was your plan B if you didn’t succeed as a chocolate maker?

I didn’t really have a plan B. It’s always just been this.

Do you think someone can ever go back to employment after they have been in business?

I personally like the freedom self-employment gives you, but also the satisfaction you get from doing something for your own benefit rather than the benefit of a large company… so, no, I think it would be hard for anyone to go back from being self-employed to working for others.

Do you think that people are “born” an employee just like they born businesspeople so that some people should just stick to their employment?

Do you think someone who is not a great seller could ever be making good business?

I don’t think you have to be a great seller to do well in business, you just have to be confident in yourself and have good ideas. I think these are the most important things, and then even the shyest people can be successful businesspeople.

You’re quite shy, are you?

I don’t know how you could deal with all that mess in the series.

Haha. I’m not shy… actually, I’m really not shy, but when I went in the Apprentice, well, you just had a lot of very extrovert people that kind of make you look a little shier than you are.

Some of them were quite incredible, to be honest.

One last question, Alana. Who was your first client?

I think it was my teacher… I can’t remember that well, but I took a chocolate order for my teacher around my classroom.

How old were you?

★ Curious about why we stopped doing this in 2019? Read this 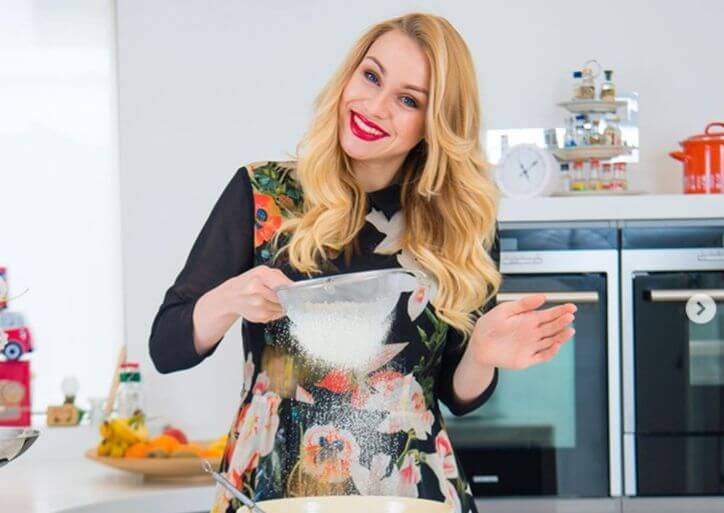