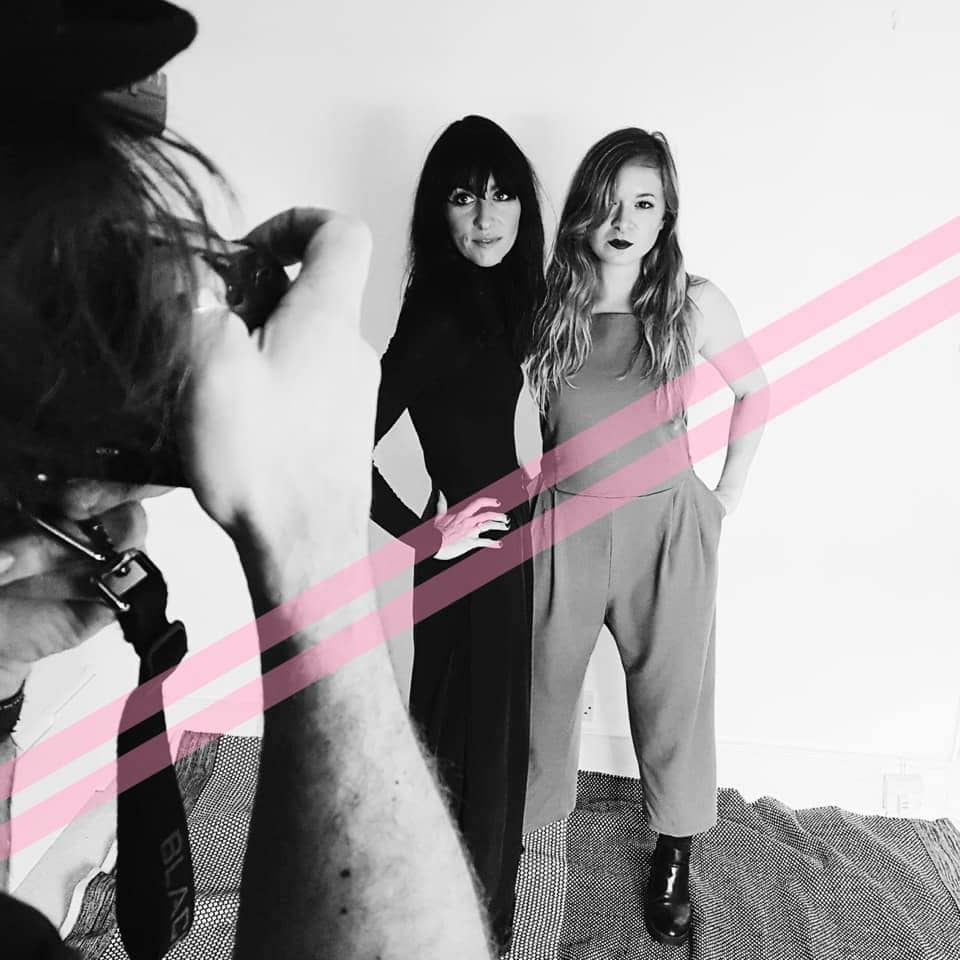 AVAWaves are a cinematic instrumental duo made up of Berlin-based composer Aisling Brouwer and London-based violinist Anna Phoebe.
They produce hypnotic music for visuals you’ll absolutely love if you are into cross-genres that include jazz, rock, folk and Celtic influences.

Anna and Aisling’s debut album Waves, released in 2019, was followed by a new version and video of the single Voyager titled Voyager II published in 2o20: the song is an anthem to free travelling and just comes just like a breath of fresh air.

AVAWaves are in today for a quick Q&A about independent music, musical instruments and life experiences.

Girls, what did originally draw you towards the music instrument you play?

Aisling Brouwer: My grandmother was a pianist and a cellist; she passed away two weeks before I was born and left her piano to my dad. I started climbing behind the keys at a very young age and my dad would sit next to me each morning and we’d play together. As soon as I was able to manage Bach he would get his violin out and we would duet. That’s how it all began, not as a rigid learning routine but simply as an expression of self. Whenever I was happy or sad or angry I’d rush to the piano to translate what I was feeling and it was exactly that process of writing and creating that drew me in the most.

Anna Phoebe: I’ve been doing gigs since in the womb – my parents were in a band together and used to do gigs when they were pregnant with me – my dad sang and played the guitar and my mother played the violin. My parents don’t work in music professionally (my mother is a social worker and my father a historian) but music was a very important part of the household. On my German side, the whole family play instruments and the family orchestra still rolls out during every Familienfest or on special occasions – on that side I’m the oldest of 15 cousins with 10 aunts and uncles, so an inextricable mix of music, babies, instruments and family members from all generations was an integral part of childhood.

Why did you decide to perform in a duo and not just going solo?

Aisling Brouwer: To be honest, I had no intention of performing again – I had played in bands while growing up and all throughout university, up but I knew that my heart was in composition, film music and studio work – so that is what I had actually pursued. When I met Anna it reawakened something in me I knew I didn’t lose; the connection and creative catharsis of playing with someone who understands what you’re saying without any words being spoken. It was such an organic and pure energy that we didn’t even realise we had started this whole new chapter together until after we had finished our debut album. So for me, it wasn’t much of a decision and it took me by surprise as well!

Anna Phoebe: I’ve always toured and recorded as a solo artist as well as collaborated with other musicians – it’s not really a binary choice for me. I love being in bands, I love collaborating and working on different projects – those relationships and experiences are how I’ve developed as a musician. When I first met Aisling and we started playing music together, it was so refreshing to strip back down to piano and violin after years of touring with bands. The friendship and connection between Aisling and myself and the relationship between the piano and violin are at the heart of AVAWaves

Who are your main sources of inspiration in classical music?

Aisling Brouwer: Bach will forever be one of the main influences of my childhood, we always had classical music playing in the house, as well as jazz and rock. There was a lot of Debussy, Satie, Chopin, Rachmaninov, Dvorák, Handel, the list goes on…

Anna Phoebe: It really depends on the mood of the moment. Specific pieces of music which I have consistently returned to would include the Bach Cello Suites (Yo-Yo Ma), Mendelssohn Violin Concerto in E Minor (I love Nicola Benedetti’s recording), and Elgar’s Cello Concerto in E Minor (Jacqueline du Pre’s is classic but I’m loving Sheku Kanneh-Mason’s recent release). Also, Verdi’s Requiem, Mozart Requiem and Handel’s Messiah are all pieces that take me back to my childhood – the first time sitting in the second violins hearing the power of the horns and the choir – these three pieces always give me goosebumps. 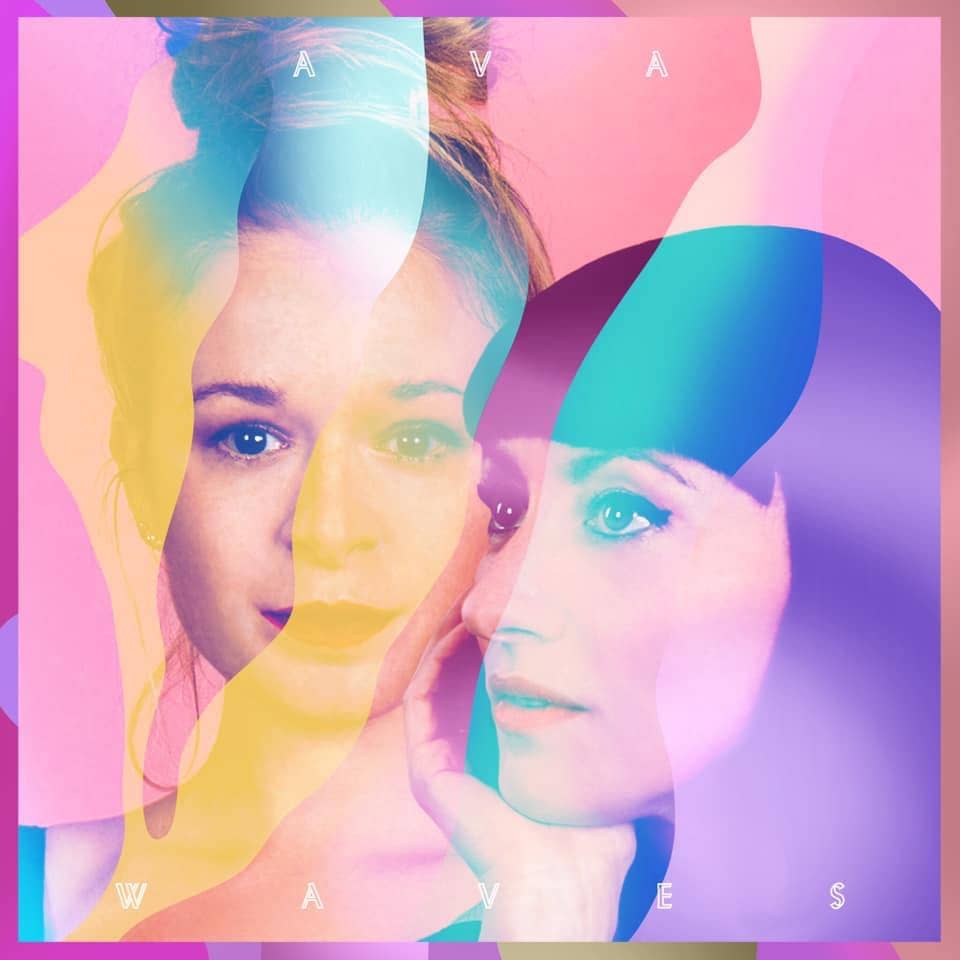 If you didn’t make it into the music industry, what was your plan B in terms of career?

Aisling Brouwer: I honestly don’t think I ever had a plan B, it’s been music for as long as I can remember. It’s more of a compulsion than a career choice and I always had (several awful) part-time jobs before I was able to make money from music. Had I chosen the more predictable route, it would probably have been Law (my mum is a professor of European Law & Political Science, my sister has just finished her Master’s Degree in Humanitarian Law, my dad is also a lawyer…) but if I’m being honest with myself, I think this only drove me to work even harder for music because I knew it would never make me happy to do anything else.

Anna Phoebe: I’d be a politician, although I think I’d probably have too many skeletons in my closet by now from years of touring, and right now politics is so utterly depressing and terrifying that I’d probably rather stick to music.

What leads a little girl with a passion for music to want to get into classical music instead of pop or rock?

Aisling Brouwer: I wouldn’t necessarily say I am occupying the sphere of classical music. On the contrary, I think I’ve taken a lot from pop, rock, jazz, and electronic music that finds its own way into my writing and blurs the lines between genres. Before I started composing soundtracks, I was writing songs for rock and pop bands, collaborating with electronic producers, writing for musical theatre and more. I think cinematic is a better term as it focuses more on the emotions communicated other than the genre. In the end, music is all about connection.

Anna Phoebe: I didn’t particularly want to “get into” classical music – I saw my mum playing the violin and she took me to classical concerts from age 5 and I just really wanted to play the violin too. But the first band I was in was a goth punk band, and then I was touring in the United States playing in arenas – we were playing Beethoven and Mozart but with 12-foot flames, lasers and a band made up of heavy metal musicians, so it definitely wasn’t classical music! I then toured as Jethro Tull’s violinist, as well as in the London band Oi Va Voi, touring with DJs in the Middle East, and then I did keyboards and violin for Roxy Music. It’s only years later as I became Jon Lord’s solo violinist and started touring with orchestras that I was actually playing classical music again. But really, it’s against a backdrop of rock, folk, heavy metal and punk that I met Aisling and through AVAWaves we started writing more “classical” music. Generally speaking, I think it is very rare for a child to “choose” to get into classical music unless they are exposed to it through school or by parents. There is a problem that classical music is still a predominantly white middle-class privilege: private music lessons are very expensive. I wish all children in school could access free lessons if they wanted to, and the UK is also missing out on swathes of untapped talent and potential in the classical world because so few have access to lessons.

Aisling Brouwer: I think in today’s overly competitive climate, it can be toxic to get too caught up in singular moments. In the last year, of course, releasing our debut album with AVAWaves was rewarding, and it was also rewarding for me to compose the score for White Riot, a documentary about the Rock Against Racism movement in the 60s and 70s that will be in cinemas in September. But the big achievements for me are having (reluctantly) learned to keep more of a balance between my working hours and my private life & mental health, to have truly enjoyed the process of writing an album, touring with, and being inspired by a strong creative partnership that came out of nowhere and being even more excited for the next album. I’m proud to have met and formed relationships with amazingly talented people I’ve gotten to know along the way, and for the new perspectives living in Berlin has brought me musically and creatively.

Anna Phoebe: In general, I would say that being able to make a living from writing and recording music I love with people I love working with is a huge achievement for me. Also, to use music as a gateway to meet fascinating people and have adventures is also a great achievement. There have been lots of amazing pinch-me moments, but ultimately I feel like I’ve learnt the most from things not exactly going how I had expected or wanted, or when people I respect have given me criticism. These experiences help me continue to develop and evolve, both personally and musically. I prefer to think of my career in music as a tapestry of adventures that is constantly evolving rather than a list of achievements.

Anna Phoebe: I don’t really have an opinion! I know people who have been in these shows, and they said a lot of the programme is staged and edited to make good TV. I can see why people like it, but it’s not really my thing.

Aisling Brouwer: I am very excited for the creative outcome of this year: it is of course been a pretty strange time for everyone and this is the longest time I’ve spent in Berlin since moving here nearly three years ago! Although I really miss coming over to the UK, it also meant I finally got to meet a lot of artists and creators here that otherwise, I wouldn’t have met. Anna & I have both always done a lot of collaborations and other solo projects alongside AVAWaves, and so I’m very curious to see how all these experiences will feedback into our future writing together!

Anna Phoebe: I’m really looking forward to finishing the new AVAWaves album. As Aisling said, so much has happened since we wrote our first album together and we’ve developed both as solo artists and as a duo ever since. We’ve been working remotely in lockdown and have managed to stay productive, but with the way we work in the studio, firing ideas and sparking off each other and working in a truly collaborative way, nothing beats being in the studio together! 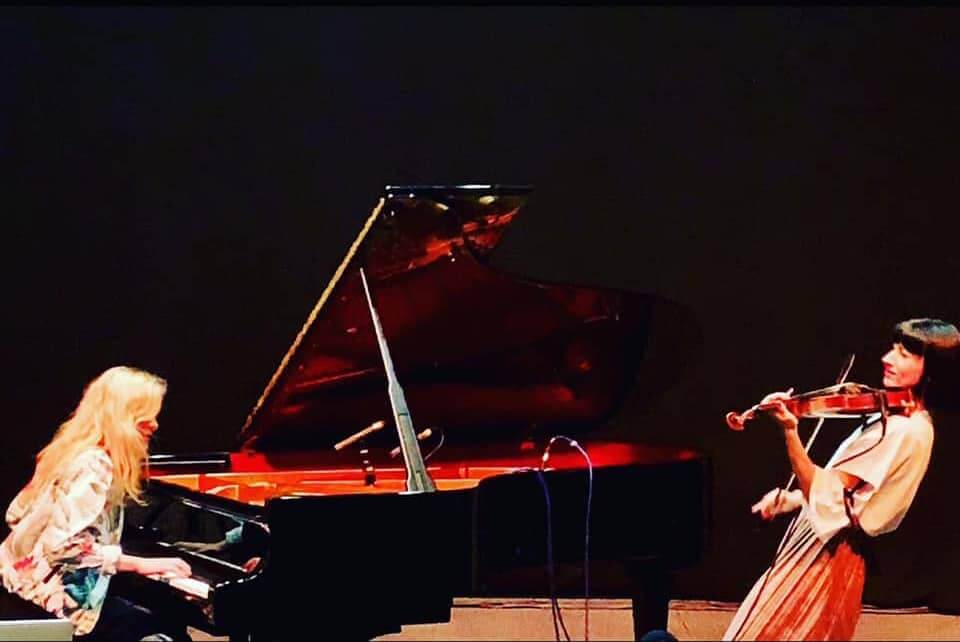 AVAWaves at the Barbican Centre in London, UK – © to the owners