From Dancin’ on a Saturday Night in 1973 to writing songs for Michael Jackson in the 1980s: interview with Barry Blue 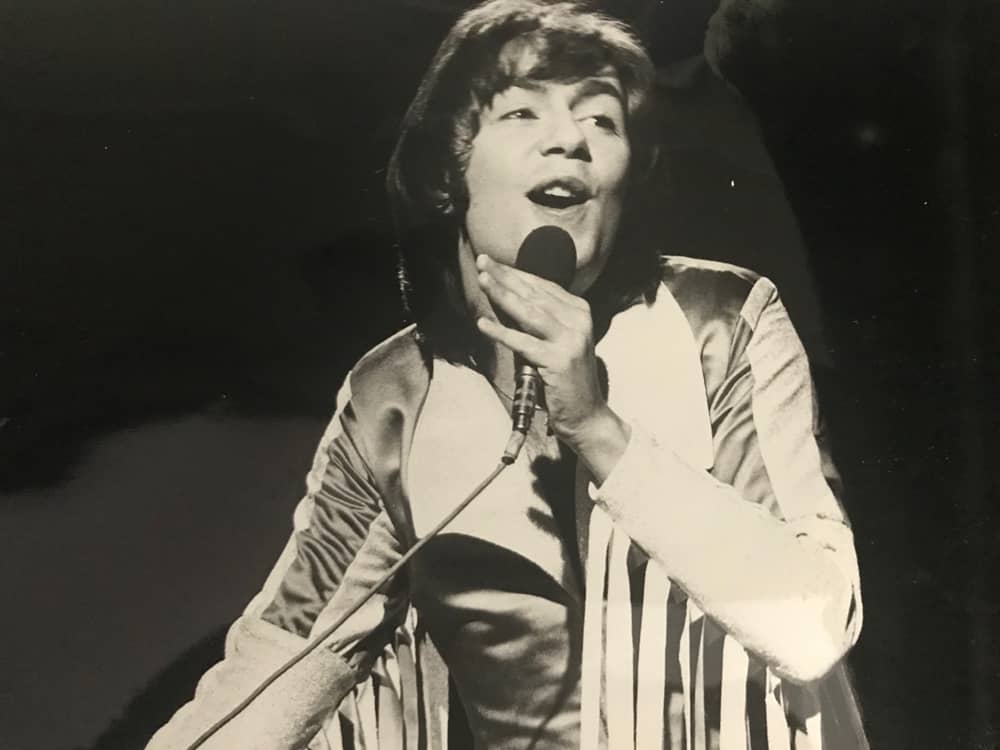 Well-known for a fortunate string of 1970s glam rock and synthpop successes including Do You Wanna Dance?, School Love and the 1973 super smash hit Dancin’ (on a Saturday Night), as well as for having composed and produced more than 45 hits for artists such as Michael Jackson, Andrea Bocelli, Céline Dion and Diana Ross, totalling 40 million records sold worldwide with his studio work, Barry Blue is a man of many hats and endless inspiration.
His music compositions were also picked to soundtrack legendary Hollywood series like Breaking Bad and Sex and the City, and movies such as The Long Good Friday and The Sweeney. 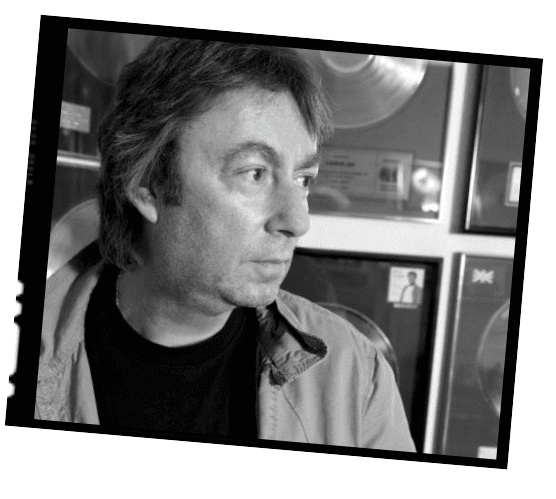 Barry Blue © to the owners

I had the pleasure to meet Barry on the occasion of the release of his music collection box titled Chaper and Verse… 50 Years On which was released in 2020 and includes pretty much everything his fans will want to see (and listen to), all in one place and in two albums: from tracks recorded in the 1980s and 1990s in Songs From The Lost Book to brand new music enclosed in Songs From The Heart Book, through unreleased songs such as Nights Are Colder and Eye to Eye: if you’re into 1980s glam rock and synthpop, this is something not to be missed.

Hey Barry, what does Chapter and Verse… 50 Years On mean to you?

I have always believed there’s been something missing, so Chapter and Verse… 50 Years On is the culmination of what I believe to be all my best work as a songwriter in my long career. There are two albums included in the box and they bring it all together.

Shall we start with Songs from the Heart Book?

Yes. Songs from the Heart Book contains my songs recorded in the way I have always wanted them to be heard: it is not a sort of revisited greatest hits, but a chance for me to reclaim the compositions that have meant the most to me. I feel these are my legacy songs, the ones I now realise no one should have ever sung before me because they’re all too personal. And I couldn’t leave them in the past, I needed to drag them kicking and screaming back into the light where they belong.


What about Songs from the Lost Book?

Songs from the Lost Book contains rarities, tracks that were never released before and interesting musical vignettes from the 1980s and 1990s at a time when I felt it may be right to broaden my horizons and extend my musical boundaries and I began to explore new genres of music that no one probably expected of me. This was when many of my alter egos began to emerge as I changed direction to experiment with new technology, trends and fashion. All the tracks on Songs From The Lost Book are like moments in time, like goals I wanted to reach without necessarily needing acclaim or attention. And looking back, I’m glad I had the opportunity to ride on various musical highways.

Getting through the last 50 years in the music business in one piece and being married for 47 of them… intact! Seriously speaking, though, I think my best achievements have been writing my first song for late American celebrity Gene Pitney when I was just fifteen, winning a Carl Allan Award (which is like the ballroom dancing world’s Oscar) in 1974 for Best Record of the Year, with previous winners including Abba, The Beatles and Queen. Then I’m proud of having produced Escaping for Dina Carroll, Heatwave’s Boogie Nights and Always & Forever in 1976 and having three top three records in three different categories as an artist. And then, of course, composing Dancin’ on a Saturday Night as a songwriter! 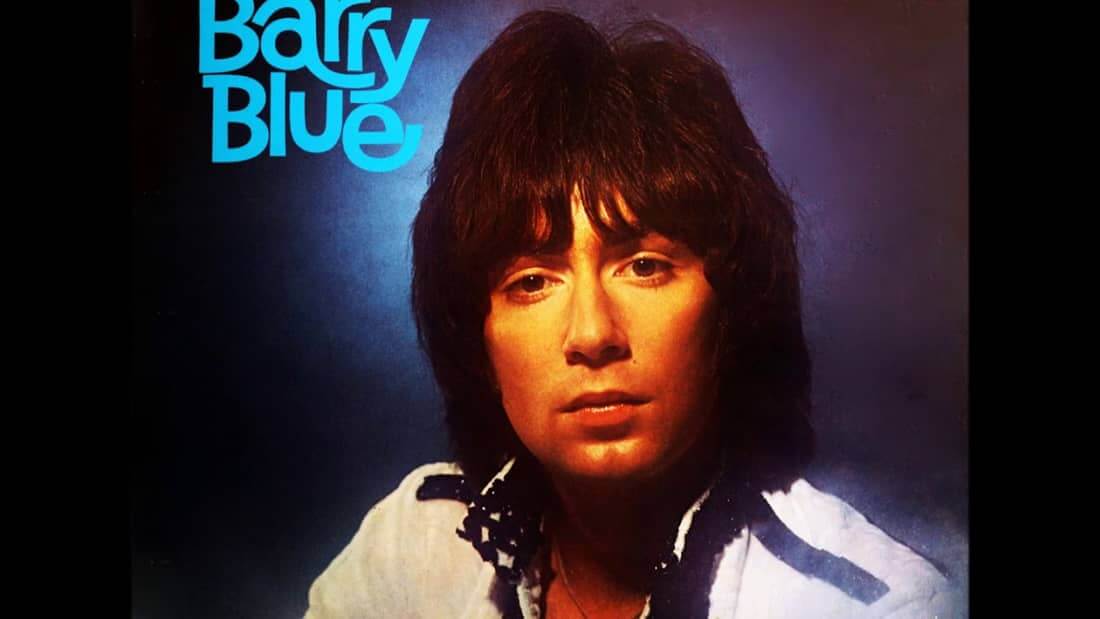 There are three of them: Boy in the Moon, which I wrote when my son was born, Lost For Words, which I sang at my daughter’s wedding, and also Call My Name, which is my wife’s favourite song of mine.

Are there any interesting memories from your time collaborating with artists such as Michael Jackson, Diana Ross, Andrea Bocelli and Céline Dion you would like to share?

Michael Jackson would never stop dancing for all the two weeks I spent rehearsing with him! Regarding Diana Ross, I only spoke to her through her manager, so it was all quite business-like. I was then bowled over when one of the greatest singers in the world, Andrea Bocelli, covered one of my songs I actually fell off my chair in the studio when I heard it! And at some point in my career, I was asked to write a song for a sixteen-year-old Céline Dion: the song was called Too Young at Seventeen, and I knew since the beginning that she was going to be a massive star.

You’re a prolific singer, producer and songwriter: which of these hats do you feel most comfortable wearing?

I definitely feel more like a songwriter and, more specifically, a lyricist; I can write both music and lyrics but writing a good story in three minutes with a beginning, a middle and an end is what gives me the greatest satisfaction.

Your real name is Barry Green, so why did you pick Barry Blue as a stage name when you already had a colour in your name?

Prior to that, I had released three singles as Barry Green by Decca label, and all of them had been quite unsuccessful, so, after chatting with the record company, one of the chaps around the table said: “How about a name change?” He went on to suddenly explain that green is considered an unlucky colour by circus performers. As the music business is something akin to a circus, I eventually decided to change my colour!

What was your dream job as a child and what would you be doing now if you weren’t a musician?

I’ve always been fascinated by ancient history, especially Egyptology, so I would have probably “explored” this as a career!

Are you working on anything new at the moment? New projects, new plans?

Well, I can’t play golf and I don’t understand bridge, so post-lockdown life like the one I’m living now really suits me, haha. I really would love to try to work on a musical as my passion is writing lyrics, so if anyone knows any Sir Andrew Lloyd Webber out there just give me a shout!

★ If you liked this article and are really into 1980s music, you may also like our other interviews with Paul Young, Spandau Ballet’s Steve Norman,  Jeff Christie, Suzi Quatro, Prince’s musical director Morris Hayes, Berlin (remember Top Gun’s song Take My Breath Away?), Limahl, UB40 and Katrina and The Waves

★ For more stories about music legends and further memories about Michael Jackson, also have a look at our interview with Danny Zelisko, the concert promoter who has worked with everybody, from Stevie Wonder to Alice Cooper, from Pink Floyd to Queen 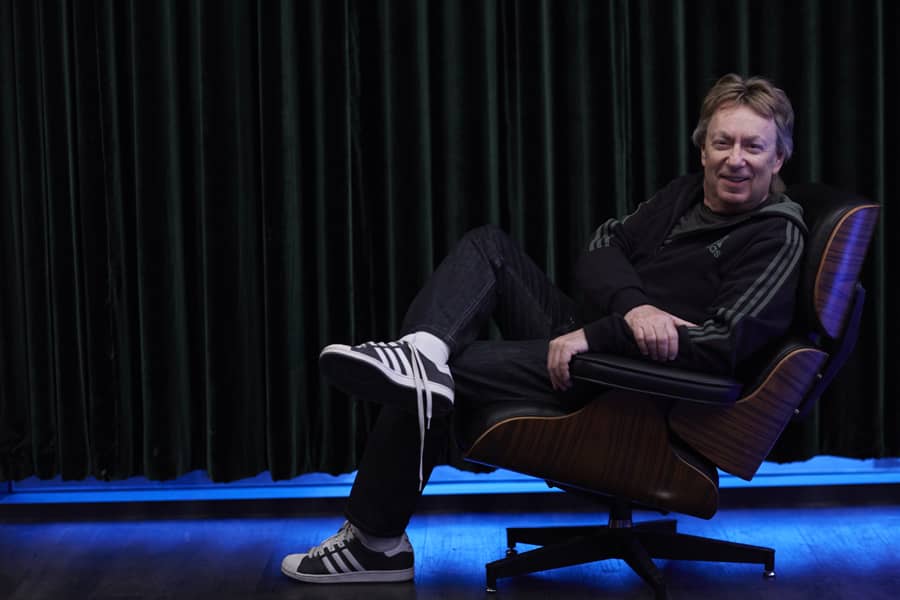 Barry Blue today © to the owners