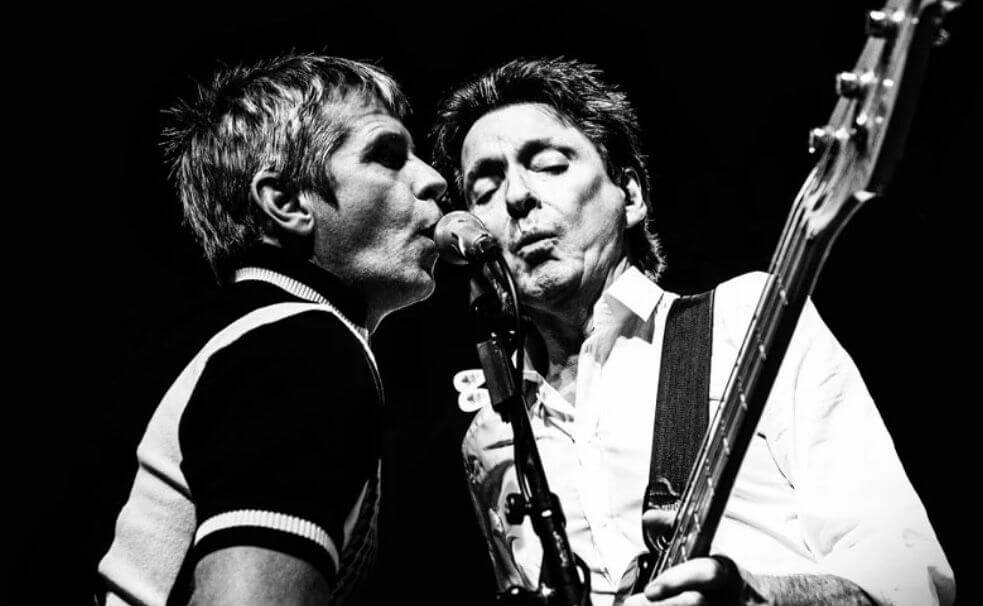 From The Jam: Bruce Foxton & Russell Hastings © to the owners

Among the new formations born to keep the legacy of The Jam alive, From The Jam has certainly been the most successful and acknowledged by fans: since forming in 2007, the duo comprised of The Jam’s legendary bassist Bruce Foxton and vocalist and guitarist Russell Hastings (the only frontman to have worked with both Rick Buckler and Bruce Foxton since The Jam split) plus drummer Mike Randon and Andy Fairclough on Hammond piano, have totalled over 1,000 shows worldwide.

From The Jam celebrated the 40th anniversary of The Jam’s 4th illustrious album Setting Sons in 2020, and their new Sound Affects Tour is planned to roll out through summer 2022, while the band should play in Australia and New Zealand in September 2022.
We met Bruce Foxton and Russell Hastings for a quick Q&A about what it’s like to make music during lockdowns and the amazing work they’ve been doing to keep The Jam’s legacy alive.

Bruce, Russell, what achievements are you most proud of?

Bruce: Being part of a very successful and committed band.
Russell: Getting sober and clean in 1997, having my two sons Charlie and Bobby and having a happy loving relationship with my wife Kim. And then, of course, the band and the two albums Back in the Room and Smash the Clock that myself and Bruce wrote. I have so much to be proud of and grateful for, of course.

What would you be doing right now if you weren’t a musician?

Bruce: God knows, maybe something to do with the print industry… but, luckily, I’ll never know!
Russell: Erm, I don’t know, because I’ve never been anything else. Maybe I would be working on property restoration now, as I enjoy all aspects of that and I’m good at it.

What sort of music do you listen to these days, and where do you get your inspiration from?

Bruce: BBC Radio 2 mainly. Also, Liam and Noel [Gallagher] have gone on to produce some good stuff, and my old mate Paul [Weller]… as for the inspiration, all the events happening, I guess.
Russell: I run most days, so I have a varied mix of music in my ears from classical to seriously hard rock. I guess that if I like it, then I draw my musical influences from that. What do you believe the future of punk rock will be like?

Bruce: Future has moved on, but the industry could do with another kick up the arse. Bring on exciting times.
Russell: Punk as we know it doesn’t exist anymore in my opinion, so I guess it’s up to the next generation to answer that.

Are there any artists you would like to collaborate with?

Bruce: Paul McCartney, but with me on bass! Also Ray Davies, and I would love to have played with David Bowie.
Russell: Glenn Tilbrook and Paul McCartney for me.

Have you got any regret in terms of your career?

Bruce: I’m very lucky to say I have no regrets.
Russell: No, because everything happens the way it should in this world, regardless of whether I like it or not. So in answer to your question no, I have no regrets.

Do you believe reforming a band could sometimes be the wrong thing to do?

Bruce: No, if the band is committed and if there is a demand, why not? Not just purely for money, though.
Russell: No, I don’t, actually. As long as it sounded and looked great and kept people happy, I don’t see a problem with it at all. Only when some members can’t cut it anymore does reforming a band could become a problem.

Are you recording anything new, at the moment?

Bruce: Russ and myself have a lot of ideas but it’s getting the time to develop them that we’re short of!
Russell: Yes, we do have some ideas flying around!

Both: We would like to thank all the fans for their continued support over the years! 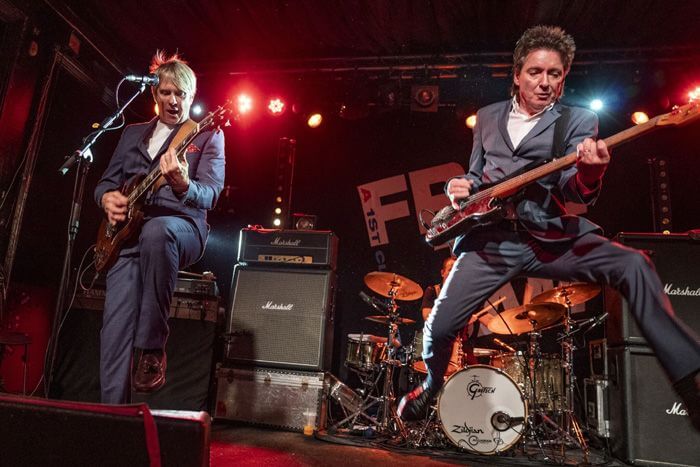 From The Jam on stage © to the owners