My sole regret in life is that my life hasn’t started as soon as I wanted and that all I know about the most important people and events in history was either recorded, rewritten or remastered by someone else.
I wasn’t even born when The Beatles started playing, I’m too young to remember Queen, I wasn’t here yet when the British punk movement rebelled against social injustice and economic disparity, just to end up dead in drug overdoses.
And all I can witness today are spoiled brats rebelling against plastic straws.

In music, it feels like everything has already been said, it seems that notes and lyrics have lost their meaning and purpose, it is clear that music has been separated from its inner political commitment and was eventually reduced to a mere entertainment tool. We still praise and celebrate those who passed away, the younger they died, the better, but we cannot reasonably be sure that if John Lennon was still alive he wouldn’t turn to rap and spend his time posting selfies on Instagram; these days, rare are the musicians who aren’t afraid to disclose their views on politics and the society, rare are the artists who strive to create a better world.
Last year, I got lucky enough to meet and interview one of these exceptional people: keyboardist Morris Hayes has served as Prince’s musical director for more than 20 years and will tell you without a problem what he thinks of guns being sold at the supermarket in America. 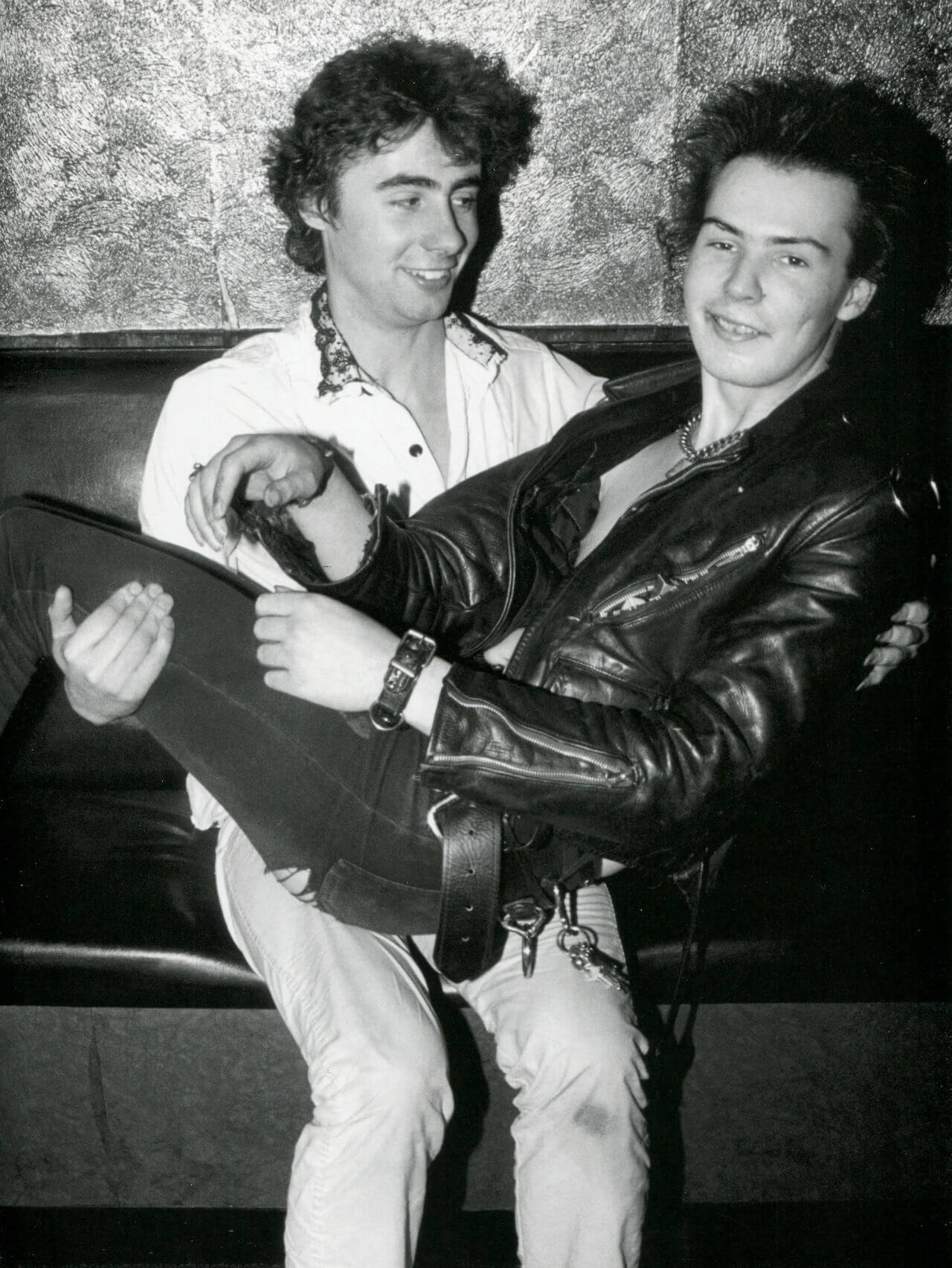 Today, I got incredibly lucky again, and it is with a huge amount of honour and excitement that I’ve jumped on the opportunity to interview an artist who has always had the guts to go for what he thought was right, an artist that has never ceased aiming at quality and excellence and is not afraid to say it loud that Brexit is nothing but bullshit: Glen Matlock is an incredibly talented songwriter, musician and performer who acted as bass guitarist in the first line-up of legendary British punk rock band The Sex Pistols and is the co-author of most of the songs of their first and only studio album, Never Mind the Bollocks, Here’s the Sex Pistols.
Glen Matlock left the Sex Pistols in 1977, while the album was being recorded, and was replaced by controversial punk rock star Sid Vicious, who died of a heroin overdose two years later, aged only 22 – just months after his drug-addicted girlfriend was found stabbed to death.
I would love to believe that Punk is not dead, but when you hear stories like these, it’s hard to find something to save. Although the Sex Pistols have been an important part of Glen Matlock’s career, he has eventually taken a different path and, since going solo, in addition to launching a successful individual career, he has performed in several other bands and collaborated with artists such as Iggy Pop. He rejoined the Sex Pistols in 1996 and then in the 2000s for a number of high-profile reunions, tours and shows, such as the concert for the Golden Jubilee of Queen Elizabeth II in 2002.
Today, he is promoting his newest album, Good to Go, and the tour that will bring him and renowned guitarist Earl Slick all across the UK this Spring: if you’re around, be sure not to miss that!

Hello Glen, thank you for the interview opportunity. How are you?

I know that you attended an art school, so what was your dream job as a child?

I didn’t know what I wanted to do, I was interested in painting and design, but I was also always interested in music, and I went to art school because I read that all the bands that I liked had been through art schools in the 1960s, so I kind of went there to form a band, but then the guys I ended up forming a band with were from outside the art school.

Did you have a plan B in terms of career?

Not really, no. It was all or nothing, really. I guess I got lucky, somehow.

But what you would be doing right now if you weren’t a musician?

I don’t know, I’m very interested in quantum mechanics, I’ve been into CERN in Switzerland and it was quite funny when they take you around and the scientists take turns to take people around and then they see you for lunch in the canteen- There was this Italian girl, who is a scientist, that wanted to come and sit next to me for lunch because it turned out that although she was a top scientist at the CERN in Switzerland, she also had been a drummer in an Italian rock punk band! So I thought that if she became a scientist after having been in a punk rock band, then I could become a scientist too, hahaha.

(Damn, my Italian compatriots are everywhere…) Nice story. How does it feel to have been part of a punk rock band that has made history?

I don’t really know any difference as it has always been like that. I’ve never thought that they would be talking about it all these years later. I’m just always been interested in being a musician, you know, I’ve worked with a lot of different people, I’m in the middle of the promotion for the new album, for myself now, we have a tour of ten dates in February and March. I do a lot of things, and –  more than everything – I’m interested in writing new songs.

What kind of music do you listen to, these days, and where do you get your inspiration from?

I get my inspiration from just walking down the street and the ideas come, and then when it comes to listening to music, I like to listen to bebop jazz. It is great. This songwriting guy called Moses Alison is one of my favourites, really.

Do you still listen to punk rock?

But when it comes to punk rock, do you think there is a side of the punk revolution that was overlooked by the general public and that maybe this is why it’s dead?

A lot of the punk movement has become quite right-wing, a lot of punks in England have voted for Brexit, and I find it very hard to stand. The whole idea for me, of being a punk, you know, regardless of the music and the trousers, was to have the questions and attitude and move between the lines and not being taken for a fool, but they are: people are being taken for fools, for as far as I can see. And I’m a bit disappointed by those people, you know, I’m anti-Brexit, don’t they understand that the right-wing is so stupid and fascist?

You tell me. I’m Italian, we are all very affected by this. After Brexit, we don’t feel very welcomed anymore.

I can understand, you know, how it is going to affect people, especially musicians and people in the arts who have to travel a lot. It is going to be a really big problem. I speak to people, to musicians, here, and after this three-and-a-half, nearly four years, it’s terrible, I think a lot of people voted it as a protest vote. I would never vote for something made to cut off somebody else, and millions of people have, and they don’t care. It’s very selfish.

What people should expect from your show?

When I do shows, I kind of put together lots of things from all aspects of my career, and I also put together all the songs that I’ve written, and I’m always fortunate enough to manage to attract some great players… well, it’s my chance to show off, if you want to come and see us!

Ehehe. Are you spending a lot of time songwriting these days?

Yes, I’m finishing enough stuff, I’m recording new songs, one of them is a cover version, it’s a lot of different things going on.

A lot has been written about The Sex Pistols and how and why you left them, there have been a lot of gossips and rumours… what is your reality?

I haven’t got the solution, really, because, at the time, it became something that wasn’t supposed to be in the first place. To me, it was supposed to be the band by the kids, for the kids, like the early Who, and from then it became this kind of media exercise and I didn’t really want to be part of that. John (Lydon) really changed, and I got on great with John at the beginning, that’s where lots of the songs came from, and then they just became something that wasn’t me. But I was pleased that, when the band reformed in 1996, they could have asked anybody else in the world to be their bass guitarist, and they asked me, so perhaps they realised they made a mistake.

What did you think about Sid Vicious and the way he is still portrayed by the media and his fans?

I don’t have a lot of things to say about Sid, I just thought he was a likeable idiot.

Do you think there might be room for a renaissance of the punk rock movement today?

Today? Yes, of course, but punk rock isn’t really punk rock; I mean, punk rock is just an attitude, but I think all younger people should have to question an attitude. To me, punk rock is something else, I mean, there’s nothing wrong with punk rock, with people rebelling against things, but I think punk rock today should be in some little rehearsal room in Clifford, I think that’s where it should be.

Have you got any new projects you want to talk about?

I’m working on the new album and on what I’m going to do with it next. My challenge now that I’m 63 is to make music in my own way, to still write good songs, to put songs in a good show, having something to say sometimes. I am always doing different things, I have travelled a lot over the last few years and collaborated with artists in South America and Korea, I am always doing something different.

Are you planning to write another book, after publishing I was a teenage Sex Pistol in 1990?

Someone suggested me to write an updated version of it, I’ve been thinking about it but I’m not desperate to do it, and I don’t know if you (and John) should be allowed to have two life stories, haha, he can have one life story, but can he have two? But probably you can because there’re probably a lot of things you didn’t put in the first one, and then your opinion on what you did back then changed and you have probably forgotten a lot about it.

What do you think of TV talent shows such as The X Factor?

I never watch them. Never. But when I was a kid there was a TV show called Opportunity Knocks, hosted by Hugie Greene, and there was a person that won all the time that I loved when I was about ten years old, and that was Muscle Man. You had this music during the programme that was like du du du du-ru-ru-ru, and his muscles would ripple following the music and it was great, that would be a talent show for me. You know, the one or two times today that I  have watched a talent show, it was supposed to be about music, but it’s not: they don’t even sing a song all the way through, they pick one version, do the chorus and that’s it.

It’s like if the people in your generation had to work much harder to become musicians, while today you can just join a talent show and being seen…

I’m done with my questions. Is there anything else you want to say?