I’m not a fan of press conferences. It must come down to the fact that I’m not a fan of the press per se, which is an arrogant enough reason to have pursued a career in the press since I was three.
When it comes to the word “press”, if you take off the very WordPress platform I’m writing on and the idiotic pun intended, what I like much more is press officers.
Very lovely people.
Multitasking resourceful chaps.
Always calling you darling whilst they tell you that the artist you’re begging to interview won’t give a shit about you.
When somebody actually happens to do give a shit about you though, it’s always a great feeling – and there’s no way you can dream of doing a decent job if you don’t have an amazing press officer helping you out, which is thankfully very often the case for me.

Still, sometimes you’re queuing for superstars that have hordes of people wanting to speak with them at the same time.
Multiply this media crowd made up of national, regional, local, online, broadcast, radio, and government-funded brainwashing press per dozens of countries if it’s a global and huge release, which is what it’s like here, and you’ll soon realise that to make everybody happy, the artist would be required to speak with journalists h24 for the next three months – and believe me, man, you would rather be locked up with famished hyenas than having to deal with journalists for the next three months.
At least the hyenas don’t take pictures of your heart after they stripped it away from you.

But if you get lucky, maybe you can hope for something.
And so if the press officer is clever, nice and still wants to give you an opportunity, your man will be sat somewhere, given a steer of questions, and a press conference will be organised.
You’ll be sad for not having been able to secure extra time with him, but you perfectly know this is a chance your old schoolmates would kill for: we’re talking about electronic dance music living legend Richard Melville Hall here, universally known as Moby.
We’re talking about one of the most celebrated icons of electronic music of all time with over 20 million records sold in a career that spans 30 years, and we’re also talking about one of the strongest advocates for animal rights and veganism, a talented photographer and cartoon artist, a skilled singer, songwriter and producer, and a pioneeristic DJ.

In 1999, Moby’s fifth album Play dominated the charts around the world for two years, got all its tracks licensed to films, tv shows and commercials, was included in the Rolling Stone magazine’s ranking of the 500 greatest albums ever existed and eventually became the biggest-selling electronica album of all time with more than 12 million copies sold worldwide.

The release of Play was followed by other 14 studio albums in 20 years which led the man to get awarded at the MTV Video Music Awards, the Billboard Music Awards and the DanceStar Awards – just to name a few.

Today, the Grammy-nominated artist is coming up with a new LP called Reprise, out in May 2021, which is why this press conference was organised.
The record features Moby’s most famous hits and successes – including the classics Porcelain and Natural Blues – all re-envisioned in new powerful versions with arrangments for acoustic instruments and philharmonic ensembles, showing how different anthems and dance tracks can be adapted over time to endless possibilities and contexts. 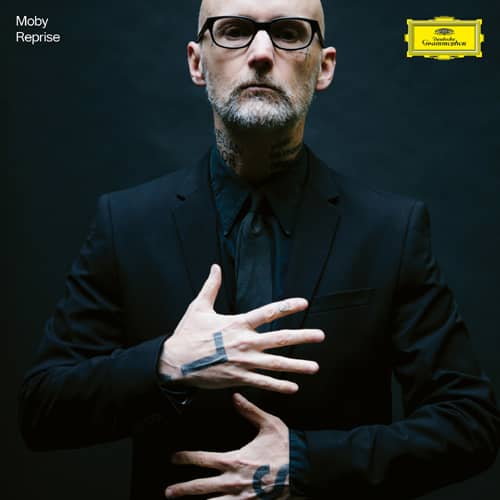 Reprise was recorded with the Budapest Art Orchestra and includes duets with renowned artists like jazz and blues music star Gregory Porter in Natural Blues, Jim James of the American rock band My Morning Jacket, country music icon Kris Kristofferson, Rihanna’s co-songwriter Skylar Grey and many more; there is also an acoustic version of David Bowie’s Heroes featuring Mindy Jones as a tribute to Moby’s long-term friend and mentor.

The recording is being released together with MOBY DOC, the thought-provoking documentary film about Moby’s life by Rob Bralver, narrated by both the illustrious Academy Award-winning filmmaker David Lynch and Moby himself, where the multi-platinum performer reflects on his traumatic childhood, unstable personal life, past alcoholism and newly-founded sobriety and health. He also discusses his friendship with David Bowie and the inner roots of his genuine love for animals and nature.
MOBY DOC is a piece of work that won’t leave you indifferent just like Richard will leave you wanting more of his jokes and remarks after you’ll have heard him speak for an hour.

During our press conference, Moby was grilled with questions, some of which made sense and some of which were about how to prepare a vegan dish, and he eventually shared some very personal and beautiful memories of David Bowie, of whom he said:

So, my favourite musician of all time is David Bowie. The first job I ever had, I carried golf clubs as a caddie just long enough to save money to buy some David Bowie records. I was almost 13. Then, in 1999, we became friends. And he and Iman [Ed. Note: Bowie’s second wife and widow] actually moved to an apartment across the street from me in the Lower East Side of Manhattan, New York. So we were friends. We were neighbours. We went on tour together, we had holidays together, and we had this one, phenomenal morning where he came to my apartment, and we sat on my sofa – I had this green mid-century sofa. And we played an acoustic version of his song Heroes that was just the two of us. On a beautiful Saturday morning, drinking coffee and playing Heroes. And I still can’t believe that this happened, that I was able to play the greatest song ever written with the greatest musician of all time. And so the version of Heroes that is on Reprise is a testament to the song, a testament to David Bowie, a testament to my friendship with him, and it’s supposed to be almost like an emotional hommage to this moment of happiness, sitting on my couch playing Heroes with David Bowie.

Now, I don’t know if this press conference is going to be turned into a copy and paste festival with everybody in the UK media pretending they did ask Moby thirty questions each.
As for me – after I stole Moby’s quote about the Thin White Duke which I’m sneakily reporting without even remembering what question he was answering because I cannot help but shouting out anything that involves people like David Bowie – I’m going to write up solely the three things I was actually allowed to ask the great-great-great nephew of the author of Moby Dick.
But don’t worry, I did my best to throw out the most possible boring questions so the other journalists will just ignore them.
I know my onions.
Why writing about China and Tibet when you could put on the table some exciting breaking news about avocados and guacamole?
But hey, you.
You, Moby.
You talked about everything so elegantly and without any hesitation.
You came up with authentic true gems, especially on how the youngsters consume their music nowadays.
Watch out Moby, because I promise I’ll get you pencilled in my diary one day, just the two of us for half an hour, and there’ll be no vegan spot for you to hide.

Moby, what do you think of the current state of music compared to the music you’ve grown up listening to? 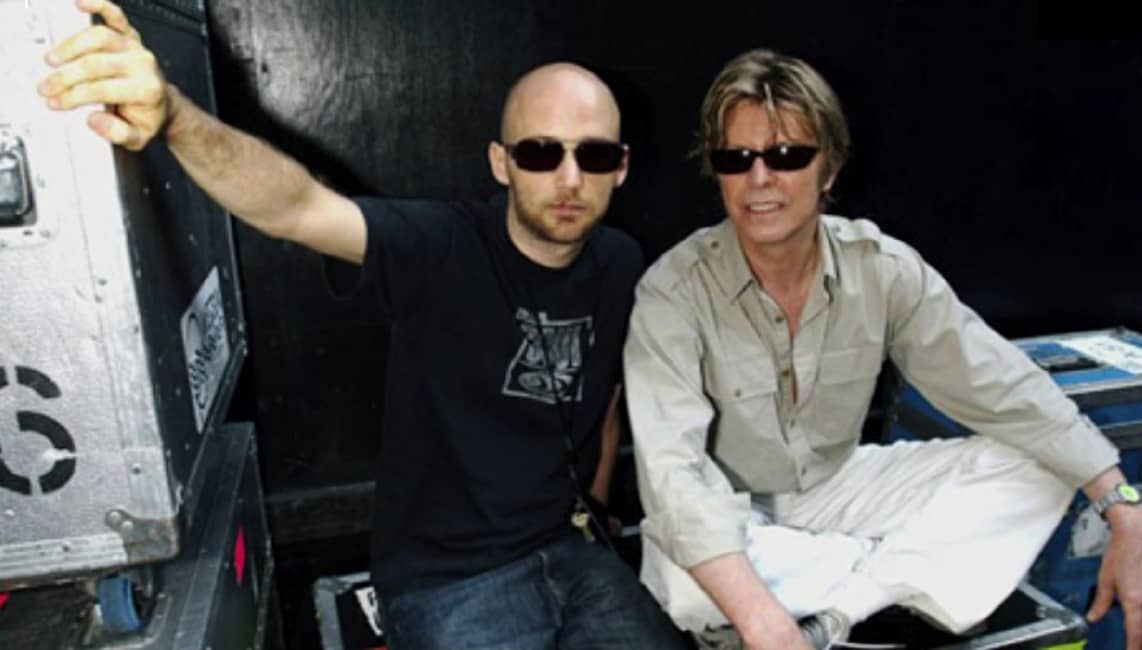 Well, that’s a hard question for me to ask because I’m old. And there’s an inherent bias that we the old people have towards the music that we grew up in – you know, like I do find myself wanting to say things like “these kids today…” but the one thing I will say is, when I was growing up, music was so central to our lives. When I was 16 years old, listening to an album – as I said, you’d have to work for two weeks to save up enough money to buy an album, and then you took the album home and you listened. You sat like on the floor of your bedroom and you listened to both sides of the album and then again both sides of the album, digging into the deep tracks, etc. And I will say, I think that most kids today – which is, of course, a dangerous thing for an old person to say – but most kids, based on what I’ve observed, use music as a background while they are DMing on Instagram and posting TikTok videos and watching Netflix, and maybe doing their homework and vaping and looking at Snapchat if that still exists and texting their friends and they’ve got like eight screens going on in the background. So the music is playing, but really, for a lot of people, I think it has become the ancillary background to ten other things that are going on. And I must say, I, loved growing up at a time when you paid attention to music without distractions.

In 2008 you took part in Songs for Tibet: The Art of Peace – did this project serve its purpose in the end and there will ever be a follow-up?

If I’m being honest, I was very tangentially involved in that project, like I believe they asked for a song, and I gave them a song for free. One of the more interesting aspects of that was that I got to hang out with the Dalai Lama, and what I learned is the Dalai Lama has a great sense of humour. Maybe I should keep this to myself because I don’t want to cause problems but what I also learned is that, by definition, human beings are human. The Dalai Lama is a wonderful inspired and inspiring man, but he’s human. You know, we hung out the other day, and he was lovely but human, and it made me realise that there are these people in our world that are alive now or have been alive in the past but we venerate them and we give them superhuman abilities, but I believe that there is something about humanity by definition and we are all human – you can gain wisdom around your humanity, you can accept your humanity but I don’t think anyone can ever technically transcend humanity. If I ever get to meet the Dalai Lama again, I might ask him about that, you know, because he’s called His Royal Holiness HRH Dalai Lama and I don’t know what his perspective is, if he sees himself as divine or just a human who has phenomenal insights and wisdom around the human condition. So, I don’t know whether there’ll be a second one, a follow-up. I don’t know and I mean, obviously, you know the situation between China and Tibet is long-standing and complicated and not getting any better.

Do you believe musicians hold any sort of responsibility to draw people’s attention to matters like press freedom issues, human rights abuses and armed conflicts? 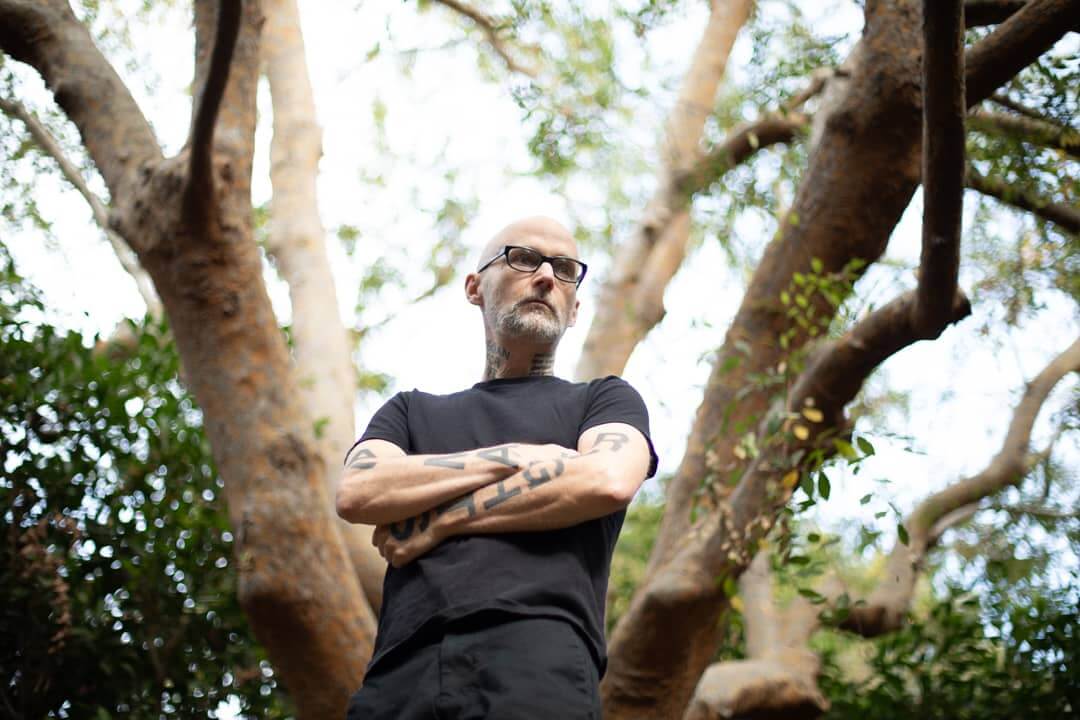 I hope so. I mean, the greatest musicians of all time have used their voice to draw attention to issues. Obviously, some of the greatest have been able to write phenomenal songs around it, you know, like Public Enemy wrote Fight The Power, Marvin Gaye with What’s Going On and Mercy Mercy Me, The Chambers Brothers and so on. But what I’d say now, what I think is interesting is that musicians have so many new ways of communicating – you know obviously, interviews, and then Zoom calls and social media. And I do think, even if a musician like me isn’t great at writing issue-oriented songs, I should still try to use the audience that I have to address important issues.

★ If you are into electronic music, you may also like our interviews with Maxim of The Prodigy and Morcheeba’s Skye Edwards

★ If you love Ziggy Stardust, you’ll also enjoy our interview with Ozark Henry, the Belgian who enchanted David Bowie