Ages and ages ago, for reasons that are not entirely clear to me yet, I decided that I was going to get a job in France.
I’d spent quite a while working my butt off to learn French, and it was only when I’d become totally fluent that I started to realise that I found everything and anything French-related annoying.
The language was annoying, the people were annoying, the way the job market was working was time-wasting, slow, close-minded and full of unnecessary paperwork.
It’s not that they look and sound annoying because you don’t understand what they say; on the contrary, once you get to speak French well, you can finally get the full extent of their complaints, grumbles and bof, baf, bif, buf, as well as the unmissable OUFFFFF.
One of the things I’ve learned in my French life is that the reason the French refuse to speak English is not what you think.
It’s not because they’re nationalists.
They simply cannot.

They have an awful accent that will not, ever, no matter what they do, go away.
They would continue applying the same, the only, the sole stress they know to all the words they’d pronounce in any other language, including English, Italian and Spanish.
Everything will always be stressed in the same way, always on the last syllable.
So it’s Obamà, Salvinì, Donàld, Borìs, De Nirò, Al Pacinò, Leonardò Di Capriò, and – last but not least – Les Bitòòòòls.
No kidding.
I remember having spent half an hour, at a party in Paris, trying to understand what the hell that guy was talking about, which – for your information, were The Beatles.
When I pronounced the band name correctly, he said that Beatles and Bitòòòòls sounded exactly the same to his ears, and by the way, who the hell was I to teach him English?
I wasn’t worthy of any respect.
I was from Italy.

In France, I’d had my Master’s application refused from the very prestigious – so prestigious that I’m damn sure that you’ve never heard about it – University of Le Mans because I stressed ONE syllable wrong in my CV– yes, they confirmed over the phone that they’d refused my whole application and didn’t care about me having taken the highest possible level of French language diploma for foreigners and didn’t give a shit about my bloody lettre de motivation either simply because I’d written a instead of à.
This sounded like nothing but plain racism, but apparently, I’m too white and too straight to claim that.

In the end, my other application for the far better and better-known Sorbonne University in Paris, was accepted and I graduated there, and after that, I spent six months Ryan Air flying back to Paris from Rome every 20 days to do job interviews in France.
I would apply from Italy trying to arrange and group as many job interviews as I could, so I would spend a few days in Paris each month to meet as many employers as I was able to, all together.

The things I’ve heard prior to, during and after my French job interviews could fill a (horror) book; the many excuses they brought to the table not to hire me were just as outrageous as the misspelt stress in the university application.
This is a little record of nine reasons I was given not to get the job in France.
And this is my single piece of advice for you:
Do not waste your time learning perfect French if you weren’t born French inside.

1) Publishing company
Because of budget reasons, the permanent position I’d applied for turned into a 3-month contract, so, without even asking, they decided it wasn’t good for me to move back to France for 3 months only.

2) E-commerce company
They decided it would be boring for me to copy and paste product descriptions for eight hours a day. They were right.

3) Very famous cosmetic corporation that – unfortunately – is not worth it
A group interview with some other seven French girls revealed I was selfish. Three of those seven weren’t wearing a bra.

4) Very famous diet company based in Paris – am I dying to tell you who they are
I had a panel interview with a couple of male managers for an Italian translation position. Everything was going well until an obese HR lady knocked on the door to ask this: “What if I force you to leave your freelance contribution role as a book reviewer at La Repubblica?”. I was like: “Madame, do you think there may be any sort of conflict of interest between an Italian national newspaper and a French diet company?!”. Her response killed me: “The conflict of interest doesn’t matter. Would you be ready to give up your side hustle in order to get this job? Which one is more important for you?”. I got furious and fumed that – in any case – Italians would never agree to eat paraffin oil in a million years. And I was right. Their ridiculous protein-based diet plan didn’t have any success in Italy.

5) Coupon company
They said a novelist would get bored into an office. They were right.

7) Fashion publishing company
They didn’t believe the mistake-free French writing test with no misspelt stresses had actually been written by me.

9) Fashion retailer based in Paris managed by a couple of creepy brothers
They asked how much I had paid for my handbag. The item belonged to my adorable late auntie who, at the time, had just passed away. I said the truth, and they said that this proved that I had no interest in the high-end fashion industry, so the job wasn’t for me.

★ Like this sort of stuff and want more? Have a look at our 13 reasons you didn’t get the job in the UK 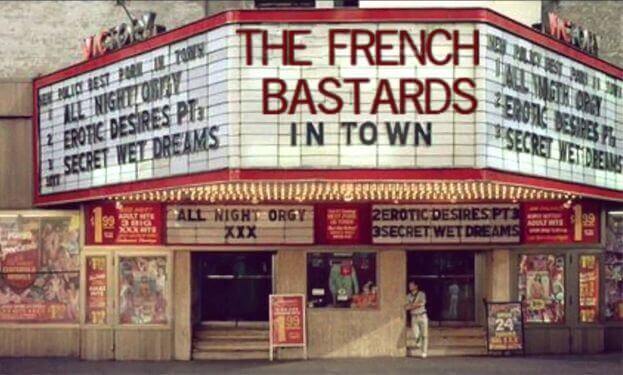