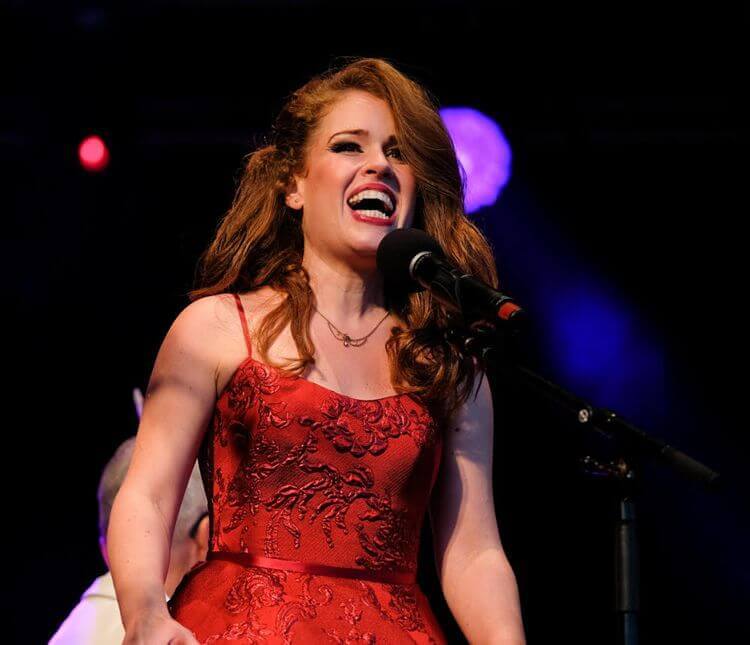 British Soprano singer Joanna Forest has been the first independent classical artist to reach number one in the UK Official Classical Album Chart with a debut album.
She broke into the music industry in 2014 after working in theatrical and TV productions, and her first public performance as a classical music artist has been in a duet with Britain’s Got Talent superstar, Paul Potts.

Joanna Forest’s debut record, titled Stars Are Rising, was released in 2017 just to go straight to number one and being named Album of the Week by BBC Radio.
One of the best singles from that album is a magnificently spectacular orchestral version of David Bowie‘s Life on Mars?: you must go and check on YouTube how the White Duke’s lyrics perfectly match with Joanna’s powerful and beautiful voice; the outcome is a breath-taking performance. The talented musician also put out a song to mark Queen Elizabeth II and the Duke of Edinburgh’s 70th wedding anniversary in 2017; the track immediately became number one in the iTunes Classical Singles Chart – and her second album, The Rhythm of Life, which was released in 2019, also reached number one in the classical charts.
More recently, she joined forces with world-renowned composer Olga Thomas, classical star Fabio D’Andrea and lyricist Adrian Warwick to publish Flowers On The Doorstep, a new and beautiful single recorded in between 2020 lockdowns.
Joanna Forest is in today for a Q&A session about her life, work and what it’s like to sing Nessun Dorma when you don’t speak Italian!

Joanna, what was your dream job as a child?

I have always wanted to be a performer; in fact, I don’t remember a time I didn’t. My childhood memories are a little foggy, but one clear memory is a televised performance of Andrew Lloyd Webber’s The Song and Dance, aired in 1982. It starred Wayne Sleep and Sarah Brightman. Watching that performance changed my life: it was just everything about it… the music, the drama and the dancing. I was completely mesmerised and started to read everything I could about acting and performing. I don’t come from a performing family in any way, so they thought this fascination with the arts was very unusual. They always supported me and I was soon on my way to making my dreams come true at the Italia Conti Academy of Theatre Arts Conti: I made my West End debut at 13, so I actually made my dreams come true very early in life!

The legendary academy you attended was founded by an Italian actress (Italia Conti) in 1911, and you often perform arias in Italian like Puccini’s Nessun Dorma: how do you feel about Italian language and culture?

Singing in a foreign language can be a bit overwhelming, but these fabulous Italian composers are just telling stories in their language. The most important thing for me is to make sure I know exactly what I’m singing about to make the words and meaning come to life. I love singing in Italian, there is something about the way you have to pronounce the words that is so poetic and romantic. Nessun Dorma is a favourite of mine to perform, not everyone approves of a Soprano singing it as it’s written for a Tenor, but I find it’s always a great way to end a show and the audience really love it. There is a song on my first album that we translated into Italian, so what was once The Journey from Disney’s The Rescuers became a dramatic, orchestral epic called Il Viaggio.

What leads a little girl with a passion for music to want to become a Soprano and not a pop star or an actress?

Actually, I was an actress and a singer, and I think range has a lot to do with it, I was always in the Soprano group at school, and the high notes are really fun to sing! As I am lucky enough to have that range I enjoy taking advantage of it. Having said that, I still love singing a belter like Memory from Cats.

Who are your main sources of inspiration in classical music?

I have always been influenced by musical theatre: it’s incredible when you listen to Puccini’s Madame Butterfly to know that it also inspired one of my favourite musicals, Miss Saigon, and you can hear the Inspiration for Les Mis’ Bring Him Home’ from the Hummingbird Chorus. I also love listening to other Sopranos… my poor husband has to listen to me singing, as well as listening to other Sopranos! I love Renée Fleming and recently we saw the wonderful Sumi Jo as Andrea Bocelli’s special guest on his tour. Some pieces of music always inspire me, one of them is The Flower Duet from Lakmé and I also will never get tired of Schubert’s Ave Maria. Performing it on Songs of Praise has been a career highlight for me. 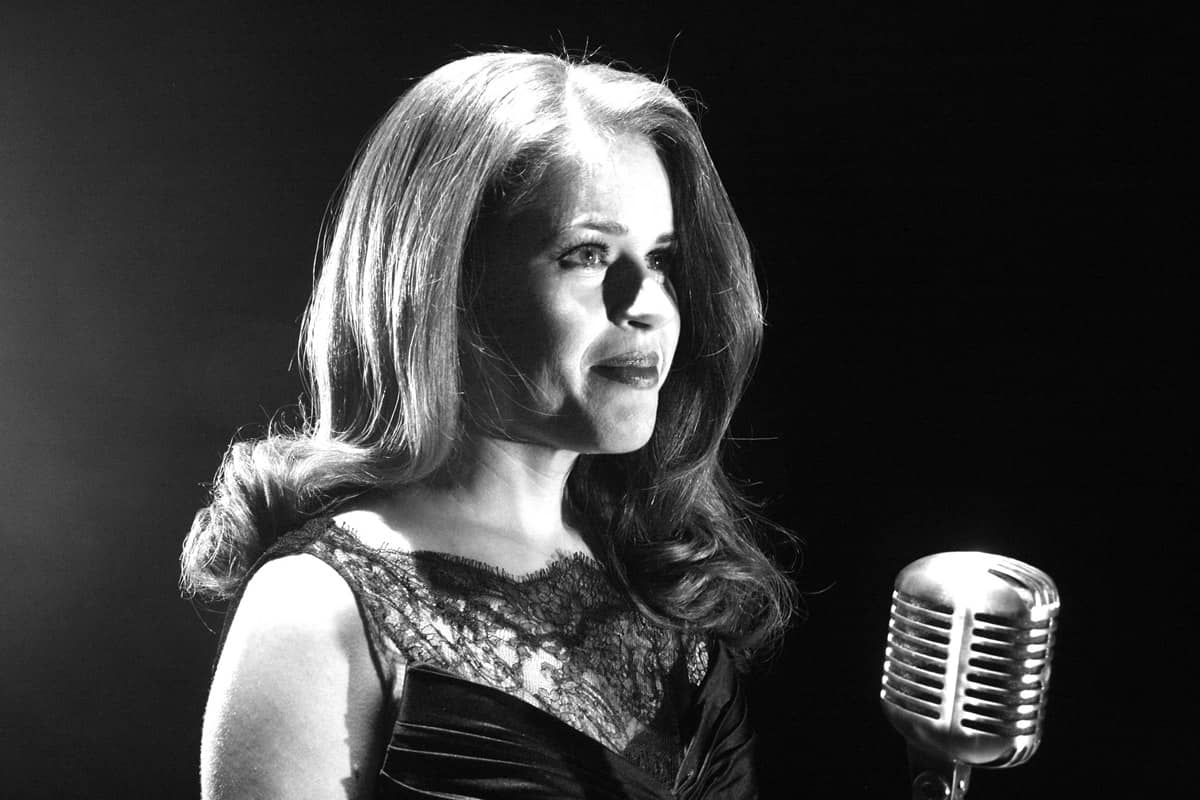 How about other music genres?

I loved all the Brit Pop bands like Suede and Blur all through the 1990s, and I also love music from the 60s and 70s. When I was recording my first album I wanted to reach out to all music lovers and we chose some iconic songs such as David Bowie‘s Life on Mars? along with a Beatles track and our classical crossover version of Slade’s How Does It Feel. Also, Take That’s song Greatest Day appears on my follow-up album: I have always loved Take That… who doesn’t?!

You tell me. I’ve been a Take That groupie since I was 12.

What, in your opinion, should be done to get more classical music to the general public?

I believe music, not just classical, but all music should be available to every child in every school. This is something I feel very passionate about: I created my second album, The Rhythm of Life, especially with younger ears in mind and I’ve been taking my interactive workshop based on the album into nurseries and primary schools. Music should be an important part of a school curriculums but with funding cuts alongside the perceived highbrow and elitist approach to classical music, it needs to diversify to keep the platform alive for future generations. Classical music can be heard everywhere, from the soundtracks in computer games to incredible film scores; classical music can really ignite imaginations and creativity and it’s so important for children to get the opportunity to experience as much music as possible, from all genres.

What do you think of talent shows such as The X Factor or Britain’s Got Talent?

I think Paul Potts’ story is the perfect case for reality TV shining a light on an extreme talent. Imagine if Paul never had such a chance to shine and win the first series of Britain’s Got Talent?

American concert promoter Danny Zelisko I recently interviewed said exactly the same about Paul Potts: just imagine if he never had such a chance.

Thank goodness he did! The downside is that sometimes it can be a very short-lived experience for the winners, which is a great shame. Also frustratingly there might be fewer opportunities for other performers that haven’t got the tagline behind them of a contestant on The Voice or The X Factor, and the huge social media following that goes with it all. But, personally, I love watching them! A huge positive coming from these shows is that more boys and girls now think that singing and dancing is a cool hobby. I am totally intrigued by an American reality singing competition called The Masked Singer… it’s a real guilty pleasure to watch!

Have you got any interesting anecdotes from your collaboration with Paul Potts in Because We Believe?

I was delighted that Paul collaborated with me on The Rhythm of Life. Because We Believe is a beautiful song by Andrea Bocelli, and Paul was the perfect duet partner for it. He was totally on board with the album concept and he summed up the importance of music beautifully when he told me that “music is a very powerful medium that transcends borders, class, language and time”. He came from Wales up to Cambridge where we were recording the album vocals and we spent the whole day on the one song. Paul is a very funny guy, he likes to laugh which is totally infectious and I love hearing all the stories from his concerts that take him all around the world. I’m looking forward to singing with him again soon at a charity concert. Performing with Paul is always a real delight.

You recently released the single Flowers On The Doorstep with a team that comprises Royal Family’s composer Olga Thomas and classical star Fabio D’Andrea. What does this song mean to you?

Olga’s concept for this song is so beautiful and very personal to her. It reflects her journey as a young woman travelling from Russia to London 30 years ago. London became somewhere she felt she could be her true self and belong to. I think Olga totally describes that wonderful warm feeling of returning home and it was so joyous to sing Flowers On The Doorstep with that in mind and the lovely imagery it conjures up. I’m a real home girl and wherever I may go, I’m always excited to return home. Let’s face it, if I do come home to a bunch of flowers on my doorstep I would be very pleased… and that’s a big hint to my husband James!

The track was recorded between two lockdowns: how was the experience and how has the pandemic affected your creativity and career?

The studio day was the first time I had really been anywhere after isolation, and it felt great to be out and, of course, a bit unusual. We recorded at a legendary London studio called The Old Hit Factory, home to Stock Aitken and Waterman in the 1980s. It’s an incredible place and we felt that, given its history, it must be a very lucky spot. There was still a lot of the unknown and fear around at that time – I mean, there still is now of course – but back when we recorded, it felt a bit like being in a bizarre dream. Music and entertainment have always been a constant in getting people through and I was delighted to record a song that radiates positivity, perfect for the current climate.

Have you got any new single coming out soon? What are you promoting right now?

I recently released I’d Like To Teach The World To Sing, a single taken from my latest album, The Rhythm of Life. The album won the Best Children’s Album award at the 2020 International Clouzine Music Awards, and this was such an amazing honour! 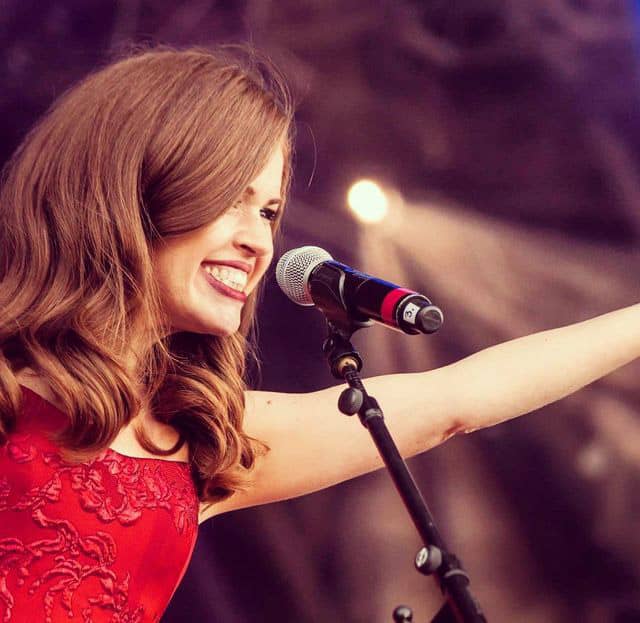