Remember High and Postcard from Heaven in the 1990s? Interview with the voice of Lighthouse Family Tunde Baiyewu 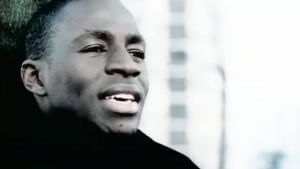 Especially acclaimed for their worldwide hit High which reached the top 10 in 16 countries becoming a worldwide success in 1997, Lighthouse Family were a British duo from Newcastle made up of songwriter Paul Tucker and singer Tunde Baiyewu which disgracefully split right while we were in the process of arranging this interview with Tunde. 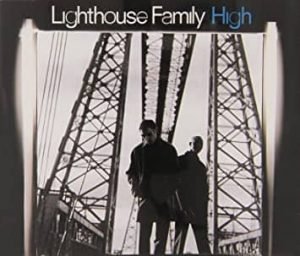 Thousands of fans are still heartbroken and the ticket holders of the hometown festival the pair was supposed to headline in July 2022 were left bitterly disappointed that the band broke up just weeks before the gig, especially since they had been waiting since 2020 through cancellations to see this show.

Now, any irreconcilable differences that may have arisen at the eleventh hour deserve all due respect and consideration, but so did fans and festival workers who, at the bottom of a 2-plus-year nightmare season for live gigs, didn’t deserve to be let down last minute by their favourite show headliners after the concert had gone sold-out.

It is a shame that the pair we have known and appreciated ever since 1995 for mesmerising singles like Lifted, Ocean Drive, Raincloud and Postcard from Heaven won’t be recording or performing together anymore, but the fans of the extraordinary voice of Tunde Baiyewu who live in the UK will be able to see him live in September and October 2022 at The Giants of Soul Tour, a must-see series of 20 gigs involving a stellar line-up of soul legends like the four-time Grammy winner Deniece Williams and UK chart-toppers Alexander O’Neal, Jaki Graham and Janet Kay.

Tunde Baiyewu is here today for a quick Q&A about the past and future of his music. Tunde, what should your fans expect from Giants of Soul?

A lot of Lighthouse Family songs they can all sing along to. Of course, there will be some of my solo stuff too but generally, they can expect to have a good time.

Which one of your songs are you most attached to?

Hmmm! That’s a tough one. Songs are like my children and the truth is I love them all equally. But if I’m pressed, I’ll have to say maybe Lifted. I have a soft spot for it because of its spiritual nature. A lot of our songs in the creation stages come out of some really deep conversations Paul and myself have. We talk about life, some of our experiences and lots of spiritual stuff too. I just feel that Lifted really encompasses that.

How do you feel when you hear one of your songs playing on the radio?

Surprised! Believe it or not, I am still always surprised every single time. I’m driving my kids to school in the morning or driving my wife to the supermarket and all of a sudden, High or Ocean Drive pops on the radio. Hahaha! It is usually accompanied by an awkward silence as we all look at each other sheepishly. Ultimately though, I enjoy their nods of approval and the pride in my children’s little faces. What’s the first word that comes to your mind as you hear the words “Lighthouse Family”?

Newcastle. That’s where Lighthouse Family was born. Such fond memories of Paul and I slugging it out, working in bars down at the Quayside and the Big Market.

What legacy did Lighthouse Family leave to the world of music?

Well, hopefully, a legacy of some timeless tunes.

That we’ve made a handful of Platinum albums that have stood the test of time and we have performed at some pretty amazing venues.

What do you think of the current state of music?

Music is always evolving. There’s a lot of good stuff out there in the world today.

Is there any difference in music between today and when you started out in the 1990s?

Yes. There’s a lot of music from different cultures that have crossed over to influence and broaden what is acceptable on the airwaves.

Do you think musicians have some sort of political and social responsibility? What’s the relationship between music and politics today?

Some really talented people have been discovered through that show. It’s another great avenue to expose some of the amazing talents hiding out there that we otherwise would never get to know.

What’s the best song ever made in the history of music, in your opinion?

That’s a tough and very subjective question. It depends on how far back into history you want to go. In the 1960s, it was One Note Samba by Antônio Carlos Jobim. In the 1970s, it was Bridge Over Troubled Water by Simon & Garfunkel. In the 1980s, it was Michael Jackson’s Thriller. In the 1990s, It was Crazy by Seal. All in my humble opinion of course! I really like Halleluyah by Jeff Buckley. I also love Sometimes it Snows in April by Prince, so ask me tomorrow and my answers might be different.

What are your plans now?

Got some new stuff and collaborations in the pipeline that I’m really excited about. And I can’t wait to get back on the road with the Giants of Soul Tour.

★ If you love 1990s and 2000s music, you may also like our interviews with Hanson (remember MMMBop?), electronic music legend Moby, The Offspring, The Vamps, Ronan Keating of Boyzone, Tom Higgenson of Plain White T’s (remember Hey There Delilah?), The Prodigy, Skunk Anansie, Amy Macdonald (remember This Is The Life?), Passenger (remember Let Her Go?), The Lumineers (remember Ho Hey?)

★ If you were a screaming teenager in the 1990s, you may also like Dedicated to my fellow 1990s Take That screaming fans and All the rules I broke to meet Take That