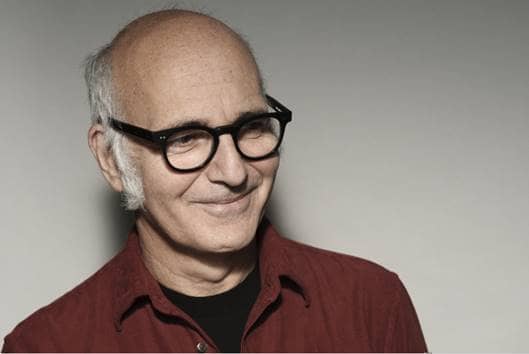 As illogical and unpatriotic as it may sound, passing through the UK to interview Italian musicians whilst being Italian myself has eventually become the norm for me, and after having been given the honour to speak with music legends Andrea Bocelli, Zucchero and Il Volo, I jumped on the opportunity to interview world-renowned pianist and composer Ludovico Einaudi who penned music for many successful films in many countries, from the United States to Japan. Einaudi’s cinematic music is found in more than 80 films and TV projects in total, and can currently be heard on the soundtracks of Oscar, Golden Globe and BAFTA-winning films The Father and Nomadland, starring Anthony Hopkins and Frances McDormand respectively.

In this exclusive interview, Ludovico discussed his album Cinema released on Decca Records in 2021 and collecting some of the best film scores he put together through the years, including the soundtracks of Eric Toledano’s The Intouchables, Giacomo Campiotti’s Dr Zhivago and Shane Meadows’ This Is England – just to name a few. 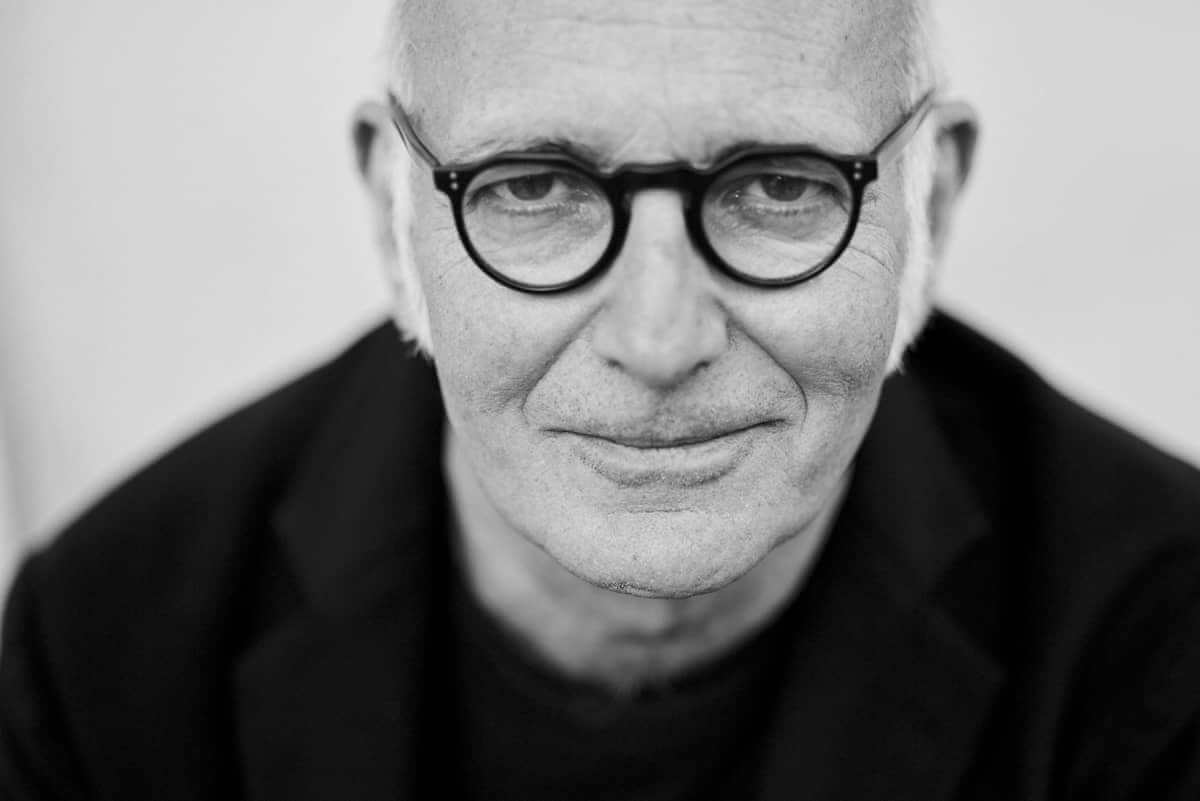 Ludovico, congratulations on making scores for two films that won the Academy Awards this year.

Thank you so much.

How did you get involved in the making of The Father?

It was 2019 when Florian Zeller [the (French) director of The Father] got in touch to suggest we worked together on this film he was making. It was a very busy moment for me, I had this series of concerts I do every year just before Christmas at the Teatro Dal Verme in Milan – it’s like ten concerts, one a day, and therefore it was very difficult for me to find the time for other projects. We eventually met, I watched the film with Florian and I liked both him and his work so much. He was just so available and enthusiastic that he managed to drag me into the project in the end. Every afternoon, just before the beginning of the concert, we would go and record in a room of the theatre we eventually used to record all the film scores, and we finished the work in just a few days. Fortunately, The Father doesn’t feature a huge amount of music, so once we defined what we needed to do, the most difficult part to work on was the final scene, the monologue by Anthony Hopkins with the music playing in the background. It’s the most important part of the story, with the camera switching from him to the nature. It’s very moving. I enjoyed working on The Father, I had a very good team with very smart people, I had great support to get the job completed to the highest standards.

When it comes to Nomadland, things were more recent. It was already 2020, we were in Covid lockdown. I was contacted by director Chloé Zhao in April 2020, she presented this picture she was making, starring Frances McDormand. She didn’t know how to make sense of the footage and music together, and she had found me by googling “music inspired by nature”. She’d bumped into my Elegy For The Artic video which had led her to discover another project I had put out later, called Seven Days Walking. She finally felt she had found the music she wanted for the film, and it was a pleasure to know that my music helped give the screenplay a structure. And so we talked, and at some point, it felt like she wanted to add some original music to the film, but then she was on a strict deadline to present Nomadland to the Venice Film Festival, so she gave up and resumed to only use the scores that were already been composed, which were not original. This was an easy job for me as I didn’t really have to do any more than agreeing to something that – in my opinion – was working really well. But, since the movie soundtrack didn’t include any original score, this meant that I couldn’t be nominated for Best Original Score at the Oscars.

What does the release of this new album Cinema mean to you?

Film scores were not really meant to be my main activity in the beginning, but then I realised that there are over 80 films out there featuring my music. And so I’m happy to see my music eventually becoming a consistent part of it all, nilly-willy; this is all part of my life, and Cinema is a celebration of my work in film scores. This year, The Father and Nomadland winning Oscars, BAFTAs and Golden Globes have further led to the making of this collection, and I’m fine with that.

Are there any differences between making music for films in Italy and abroad?

Well, it wouldn’t really be any different for a composer, but maybe Italian filmmaking is more tied to comedy as a genre, while different film genres were probably more explored abroad. If I’m thinking about less traditionally Italian movies in Italy, somebody that comes to my mind was Michelangelo Antonioni, and also Sergio Leone in a certain way… but I haven’t watched much Italian cinema in the latest years, so I cannot generalise.

You mentioned Sergio Leone, who had had most of his films orchestrated by late Maestro Ennio Morricone; what’s the most important legacy the latter has left to Italian composers?

In addition to composing amazing film scores, Ennio Morricone was certainly a pioneer in this field. He managed to create a certain type of distinctive sound that is recognised and recognisable not only in Italy but literally everywhere in the world. And this will live and survive forever.

Have you got any interesting memories about the making of This Is England in 2006?

Working with Shane Meadows on This Is England has been a great experience. He told me the whole story about how he found me afterwards. He was in London, travelling on a cab to get to the airport and fly to the Toronto International Film Festival. He was wondering whether he really wanted to tell this story inspired by his childhood memories and trauma, when the taxi radio suddenly put one of my track on. He immediately thought it was the right music for him to finally be able to tell his story in a film, but my name was mispronounced by the radio speaker and so he left without knowing how to find me.

How did he track you down in the end?

Once in Toronto, he got another cab, and the radio was playing my song again.

And so this time around he paid more attention and eventually managed to get hold of my name, although the radio speaker still mispronounced it! He finally got in touch with me, flew to Milan when I was at the time and brought the film, which we watched together in my living room. I was overwhelmed with his energy and intensity and how beautiful the picture was, and so we ended up working together.

Had you not worked in the music industry, what would you be doing right now? Did you have any plan B in terms of career?

I don’t know if this is in terms of career, but it is certainly about passion: I had a passion I’m still nurturing today, which is photography. I love it. It’s my way of being on my own and meditate and look at the world and searching for the right angle and lighting. Photography brings me inside my own thoughts, and back. 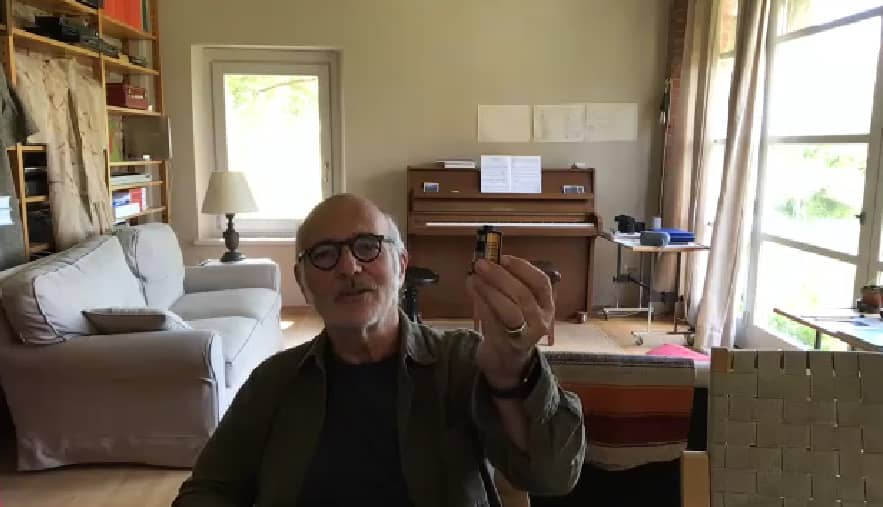 What kind of photos do you take?

I think it might be considered landscape photography, focusing on landscape details. Sometimes I portray people as well, but what I really like and enjoy is trying to follow the right lighting and angle. I’ve been out and about today strolling around The Italian Langhe here in Piedmont with my camera, taking photos. I do this every day, I go for a walk bringing my camera – look, I’m still using roll films!

I mean, I’m also using digital cameras, but I actually prefer the rendering and effects on roll films.

Why did you choose the piano among all the musical instruments?

The piano sounded like home to me; my mother played the piano, so this is a musical instrument we always had at home when I was a child. Also, the piano allows you to really “see” all the notes and chords, and when you’re writing music you kind of see everything. The keyboard is developed in such a well-ordered way that you can literally detect all the octaves in front of you, giving you a consistent structure. The piano also encloses a very large range of frequencies of a musical scale, so unlike any other instrument, you can go very low and very high on a piano, you can move around and create almost the range of an orchestra. The piano offers a lot of opportunities.

Which of the film scores you composed do you feel most attached to?

Well, I’ve got a lot of positive memories about many scores I composed for films and TV – I’m thinking about a movie I worked on with Giuseppe Piccioni some years ago in Italy [this is either Not Of This World, 1999, or Light Of My Eyes, 2001], and then another interesting experience I had was a three-part television drama for the British television titled Dr Zhivago, starring Keira Knightley. It was a very demanding project but we did a good job there, there is a lot of music and a lot of different themes: love, war, Russia and a lot of things that dried me out, but it was a very enjoyable experience. More recently, there has been a great partnership with Japanese film director Hirokazu Koreeda, it was probably three or four years ago [The Third Murder, 2017]. Every movie has its own story and then there are all the people you get to work with, and all this brings you great memories in all shapes and forms.

Oh, such a big question!

Well, let’s start by saying that there are timeless classics that belong to the history of classical music: they are always there and they pop out every now and you have your very own and unique way to put them in scene. And then there is all my love and passion for non-classical music, since I also grew up listening to a lot of popular music, rock, ethnic music, electronic music, and I have experienced popular music and other genres in many ways in all my different projects around the world. After having listened so much though, this is a moment in my life when I’m maybe listening less – I mean, I’m still listening to stuff now and then, but I’m not that hungry anymore as I was in my 20s.

Well, all my concert activity that has stopped until now is expected to resume in July 2021, and I should be doing a series of outdoor concerts in Italy, and then there is some film work progressing and also other projects going on. These days I’ve also been recording a new piano album in my home studio… but I cannot say much about that yet as everything is still in progress!

★ If you are interested in film scores, you’ll also enjoy our interviews with Il Volo about Maestro Ennio Morricone, Stephan Moccio who made the score for Fifty Shades of Grey, Italian film score composer Stefano Fasce and Limahl, who made the soundtrack for the 1980s cult movie The NeverEnding Story

★ If you are into classical music, also check out the interviews with Andrea Bocelli, Joanna Forest, Sarah Class, Stephen Emmer and AVAWaves 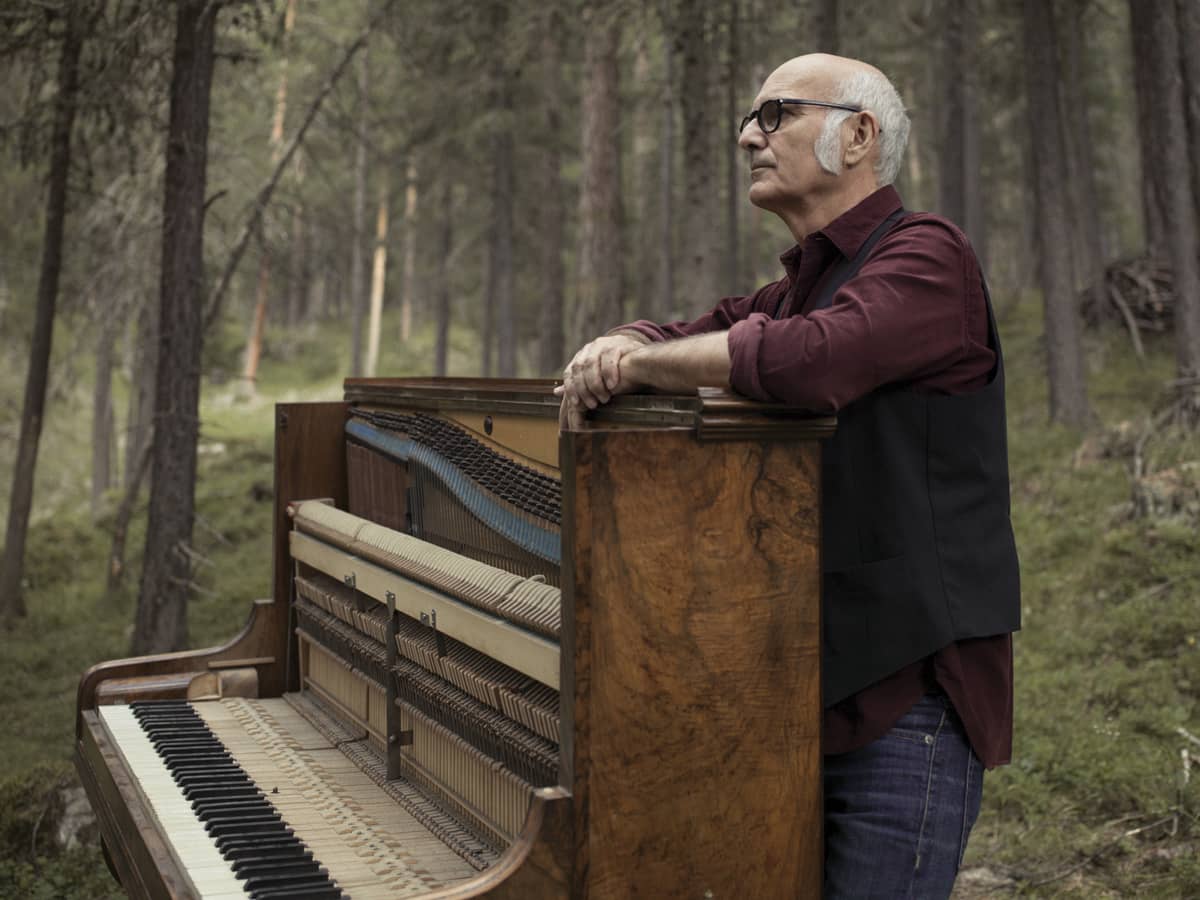