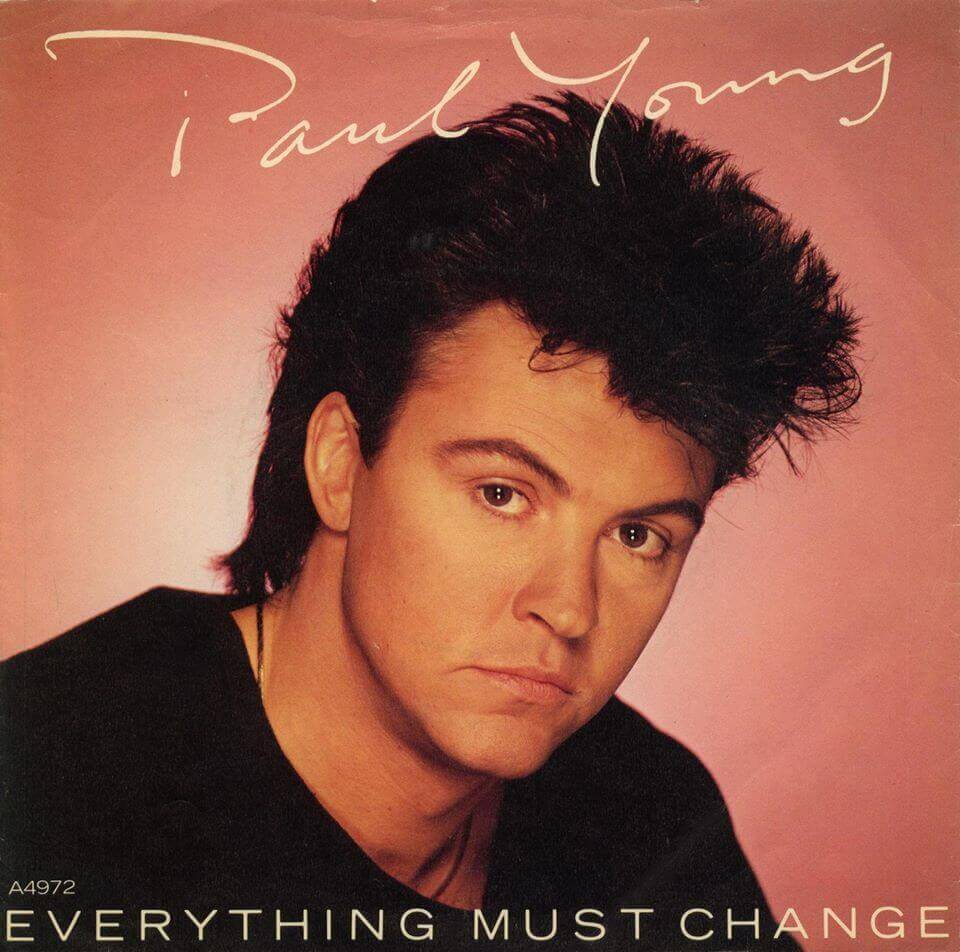 It’s been with a huge amount of honour that I welcomed the chance to interview one of the most influential UK pop artists of all time, an incredibly versatile musician whose talent as a singer and songwriter is second to none.

In a career that spans over more than 40 years, Paul Young has been acclaimed and celebrated for masterpieces such as Every Time You Go Away and Love Of The Common People, for taking part in legendary concerts such as the Live Aid in 1985 and the Freddie Mercury Tribute Concert for AIDS Awareness in 1992 and – if you are from Italy – you’ll certainly remember his amazing duet in the smash hit Senza una donna – Without a Woman with Italian superstar Zucchero– who performed at the Freddie Mercury Tribute Concert as well, and whom I’ve also had the pleasure to interview. Paul Young is going on tour in the UK in May 2022 with the English pop duo Go West and is in today for a quick Q&A about his music, his stellar career, his collaboration with Go West and his work in the band he has performed with since the mid-1990s, Los Pacaminos.

Paul, what should fans expect from your live shows with Go West?

The idea came around because our managers – my manager and Go West’s manager, were friends from the 1970s, so they had a meeting and came up with the idea. But we haven’t got very far into rehearsal because of the lockdown, so we’re still talking about exactly what the show would be like. I think it will probably run for an hour each. And we’re hoping that we can do maybe a couple of songs together.

Mmm, that’s difficult… all have different favourites at different times. On my last tour, it was all about my first album, so I had a lot of fun playing the songs that I haven’t played for nearly 40 years. So my favourite one back then was my first ever single which was called Iron Out The Rough Spots.

What achievement are you most proud of at this stage in your career?

I think to still be a musician. I mean, every musician likes to think that they could make a career and a living out of being a musician. So the fact that I’ve been doing it now since I was 20 years old is a great thing.

What would you be doing now if you weren’t a musician? Did you have a plan B?

No, there wasn’t. I once heard another musician saying this, that his best plan was to have no plan B so you’ve got nothing to go back to, and, therefore, you have to succeed. So, the best thing I think is not to have a plan B. I mean, I trained to be a kind of a machinist but I hated the job and I wasn’t going to go back to that.

You performed a famous duet of Radio Ga Ga with Queen at the Freddie Mercury Tribute Concert in 1992 – what do you remember about that?

I remember that when we were in rehearsals, the song is very high and all the parts are very high, I think a little bit too high for me. And so I asked if we could drop the key of the song at all, but we could only take it down one tiny bit because it would have been very difficult then for Brian May to play the song. So we only took it down one little piece and I remember it made it slightly easier for me, but for Brian, he really had to concentrate to make sure he was playing it in the same key for so long, he really got to concentrate to make sure he didn’t make any mistakes.

It was an amazing result, by the way. Really impressive.

Just to remain around the 1980s and the 1990s, do you think we will ever see another Live Aid?

I think that’s gone, I think, the main part of the excitement with that was all about human contact and to physically be there at the concert. You know, this probably won’t happen again. If they do a worldwide concert, it’ll be streamed, and there will not be so much of a sense of occasion, you know, because don’t forget that the biggest thrill ever about the Live Aid was if you actually had a ticket and you were there. So okay, people around the world watched it on their TVs, but to be able to say “I was there”, you know, it was such a big thing.

I interviewed Zucchero recently, and we talked about the duet Senza una Donna (Without a woman) you two performed in 1987; what was it like for you to sing in Italian?

Haha, well, there’s not much Italian in that record, but I did learn some Italian about 30 years ago. So when I sing the song live, I always do the first verse in English and the second verse in Italian… it’s a lot of fun to do that! Even though I’m singing in English, I’d say “non è così che puoi comprarmi baby” [there is no way that you can buy me, baby] ... it’s a little strange but I want to do it as a homage to Zucchero, you know!

What are the plans for the future? Are you planning something with your band, Los Pacaminos?

Yes, we are. We are mailing out all of the venues as we want to do a tour. So, hopefully, the agency should be getting some dates soon. I really hope that we’ll be allowed to do festivals again because they’re so much fun. It is going to be difficult, especially with social distancing, but hopefully, there will be an end to all this. At the moment, I’m also doing a collection of all the recordings that were never released. I’m looking at them, some are 90% complete and some are only 60% complete – I was working at this during the Covid lockdown and I couldn’t go into the studio with an engineer yet, even if I’d like to. But also, what I might do is what younger artists are doing right now, and they don’t necessarily release albums anymore. They just release tracks. So maybe I can finish the first three or four songs, put them up on Spotify and iTunes, then work on the next four and put those up and then, once I’m finished, there’ll be a complete album.

It’s a very different thing for me, so my manager suggested that perhaps we do it this way. So I’m gonna give it a go and see… it sounds interesting, an interesting way to get your music out to the fans.

★ Enjoyed this interview? Do not miss out our interview with Zucchero!

★ And if you are interested in 1980s music, you may also like our interviews with Spandau Ballet’s Steve Norman who also performed at the Live Aid in 1985, Prince’s musical director Morris Hayes, Suzi Quatro, Jeff Christie, Barry Blue, Katrina and The Waves, Limahl and UB40

Paul Young today © to the owners