How music saved me from the civil war in Albania: The Stolen Cello by Redi Hasa Redi Hasa © to the owners

As an Italian national who has been running away from Italy since her early 20s – and not for backpacking and jackassing around but to try to get a future somewhere else – it is always unbelievable for me to realise that people would go to Italy to escape something and especially, to find something worth finding that isn’t something to eat.

Unlike what they may have shown you in some Woody Allen’s fantasy movies, my country is seriously fucked up, but we are too cheerful and too well-dressed for you to realise the extent of our political, economic and social disaster.

Still, at some point in the 1990s, when we probably were slightly less fucked up and not being governed by the bunch of unthinkable corrupt criminals we have in place now, we actually managed to represent some sort of safe harbour for our foreign neighbours: I wasn’t even a teenager yet when thousands of desperate Albanians would start reaching Apulia coasts on inflatable boats to escape a horrible civil war. 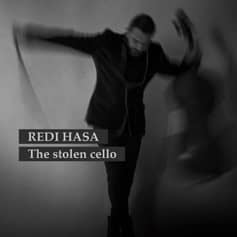 The Stolen Cello by Redi Hasa

To date, half a million Albanians are still living in Italy.
Social inclusion has worked really well between us, and most of them have managed to make it and have created businesses, jobs and a decent living for themselves and their families.
They now show a degree of gratitude to my country that can only be compared to our resentment against it.

One of the most grateful – and also one of the most amusing and down-to-earth Albanians I met around is Redi Hasa, a super talented cellist and composer who released his first solo record in autumn 2020.
The Stolen Cello is an instrumental album composed of 12 movingly mind-blowing tracks performed on the cello.
When he fled to Italy, Redi brought with him the cello he “stole” from the Conservatory of Tirana, where he was enrolled when the war broke out in 1996; he later returned the instrument, but the idea of a cello saving his life never left him. 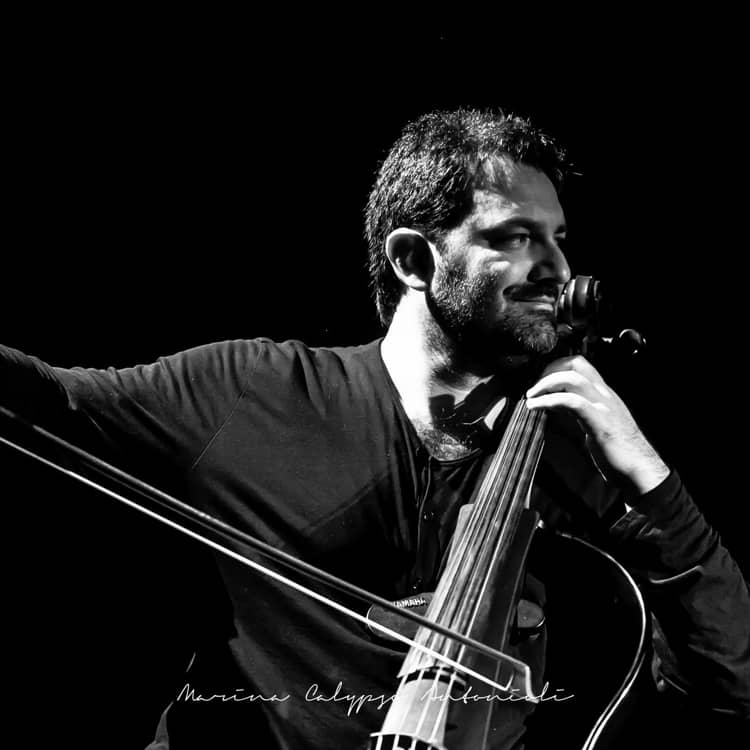 Redi Hasa on the cello – © to the owners

I particularly loved a track named 1990 Autumn Escape – it just resonates so well with that urge to escape nobody should ever experience.
Redi Hasa’s The Stolen Cello is a painfully beautiful album and deserves to be given a listen even if you’re not a fan of instrumental music and even if, being British, you probably don’t even know where Albania is.

Redi has settled in Lecce, a beautiful city in the Apulia region, in Southern Italy, speaks perfect Italian and is happy there.
He has a blossoming career in music, plays for the likes of world-renowned pianist Ludovico Einaudi whom we have also interviewed – and has managed to reunite his whole family of musicians in Italy.
He now describes Albania as a vibrant country full of cultural excitement, business initiative, beautiful landscapes and great opportunities.
And so, guess what.

Thousands of well-educated Italians who are given no opportunity whatsoever to survive in their home country, are now moving to Albania to get a new life.
But instead of challenging the sea on inflatable boats, they take Airbus flights.
See?
We never lose our sense of style.

Redi, your album The Stolen Cello is really good.

Thank you so much!

So, tell me a little bit about the backstory. I know you are from Albania and fled to Italy in the 1990s to escape the war in your country, but did you really “steal” a musical instrument?

So, this is the story. It was around 1996-1997, and I was finishing my studies at the State Conservatory of Tirana, and in 1996 this terrible civil war broke out. It lasted two or three years, and it was terrifying. They closed down all schools and universities, and I couldn’t even take my exams and get my diploma from the Conservatory. The curfew was at 6 o’clock in the afternoon, and basically, you’d go out to have a coffee and you didn’t even know if you were going to come back alive. My older brother, who is also a musician, had already moved to Italy by then, and he suggested I’d follow him there, so I could at least finish school. This is what I did, I got a student visa and I moved to Italy with this cello that I had been lent by the Conservatory of Tirana and that I couldn’t return because the school was closed.

This cello, in a way, kind of saved my life. I was given a scholarship in Italy to pursue my studies, and when the war was over, I returned to Tirana to return the cello to the Conservatory.

They wouldn’t think I’d done anything special. There weren’t that impressed, they were just like, ok, thank you for the cello, now just piss off.

What did originally draw you towards the cello?

It was because of my mother. She’s been teaching cello for 45 years, I come from a family of musicians. She initially tried to teach me how to play the violin but it went very badly. Her colleagues suggested her to give up with me, they said I was a disaster, and they were right. All I could think about at the time about was playing football, I’d had enough music at home, I wasn’t that interested in music when I was a kid. She insisted a little bit, she had that dream, that vision of me and my brother, who is a pianist, playing together on a stage someday. And eventually, it did happen and today we play together on stage.

Well, my interests obviously start from classical music, and one of my absolute favourites is Bach. He composed music for the cello as well, and he just created wonderful, gorgeous, incredibly moving compositions that still work perfectly fine in today’s world. He became famous today because his music was included in mobile phones’ ringtone tunes. See? Bach’s literally everywhere now!

Haha, that’s true. What about contemporary music? What music do you like?

Do you play any other instrument in addition to the cello?

I played the bass guitar for a while. When I was in Albania, I’d play in some grunge-alternative-punk rock bands that made Balkan music. A lot of musicians experiment with a variety of musical instruments until they find the right one for them; you’ll often start with the piano and guitar, just to end up playing less common instruments such as violas, cellos and saxophones.

What about instrumental music?

Sadly, this is true.

And it is kind of weird because you know, when I was studying at the Conservatory, I’d learn everything about Italian classical music, opera music and so on, and this is just super important; we teach our music, Puccini, Verdi and so on to people all over the world – I say “we” because after all these years living in Italy, I feel Italian. But anyway, if you look at the current state of things in Italy, it’s just incredible how Italy keeps producing talents and more talents. This country is full of talents, and then those same talents are forced to leave their country because they have no opportunities to shine at home.

You’ve got enormous difficulties, and you’ve got the government not only not supporting you in any way and not giving you anything, but basically taking from you.

Many Italians are actually settling down in Albania, these days. How do you feel about it?

Well, Albania is a beautiful country. The sea is just gorgeous, I can see it from here in Lecce, and I can also see the Albanian mountains from Otranto when it’s not too cloudy. Without a doubt, after all that suffering in the past years, Albania is an emerging economy with loads and loads of young people working so hard to make the country bigger and better. Their ideas are of course crushing against a wall of old and outdated politics, but they just continue to work really hard to make things progress the way they should. Young people in Albania are bringing in a lot of ideas, melting pot and excitement, they’re launching important companies and organisations in the cultural and musical fields, they’re producing arts and movies, they’re working 24 hours a day to progress, and this is just amazing. Tirana has become the city that never sleeps!

Would you ever move back to Albania?

I would love to, but after 22 years spent living in Italy, that wouldn’t be easy. I feel half and a half, you know? All my life is in Italy now, my family is here, my friends are here. Then, obviously, I have chosen to remain here also because I’m pretty close to Albania, it’s just 45 minutes from Tirana by plane. From here in Apulia, it actually takes less time to reach Tirana than Rome! It’s weird though, to think that it was just the 1990s when Albanians would come to Italy on inflatable boats, and not so many years later, you guys are coming to Albania to find work. In Tirana only, we’ve got around 60,000 Italians working and setting up businesses. But as close as we are, I think this sort of cultural exchange is unavoidable: our countries are very close, and we feel a bit like “cousins”.

We always hear stories about Albanians growing up watching the Italian telly.

I remember that in 1991 we would all reunite at home to watch the infamous Non è la Rai, that Italian programme with lots of teenage girls involved. When Non è la Rai was airing on the telly, the streets in Tirana were deserted.

But well, you know, we’d lived 45 years of dictatorship during which we weren’t even allowed to watch foreign TV or to listen to foreign radio stations. Still, many of us would build DIY illegal TV antennas to try and catch Italian TV signals and see special events such as the Sanremo Music Festival. We would all secretly reunite in a small room to watch the Sanremo Festival together. These are pieces from my childhood, and even everything was absurd, they still are treasured memories for me.

What would you suggest to kids who want to become cellists just like you?

Just kidding – I mean, music is super important. You know, even if you don’t eventually become a professional musician, music is still important because it just opens up many windows in your soul. Music puts you on a certain path, it helps you become more emphatic, it helps you develop skills that you will use in your everyday life for the rest of your life. It’s important to include music in kids’ education, it’s important to teach music at school. Bach is Back by Redi Hasa

We had planned a European tour to promote The Stolen Cello but it was all cancelled because of Covid. You know, Silvia, it’s just very difficult to plan and predict right now. Apart from that, I have launched a personal project called Bach is Back, based on musical improvisation, to promote the endless flow of Bach’s music’s transformation and improvisation: we used so many different inspirations and sources, from jazz to Baroque music until a polyphony of Balkan voices, and much more. The project was supported by the local authorities here in Apulia and we also released a DVD, and maybe we’re also going to record an album soon. It’s all in progress!

★ If you fancy knowing more about the renowned pianist and composer with whom Redi works, we have also interviewed Ludovico Einaudi 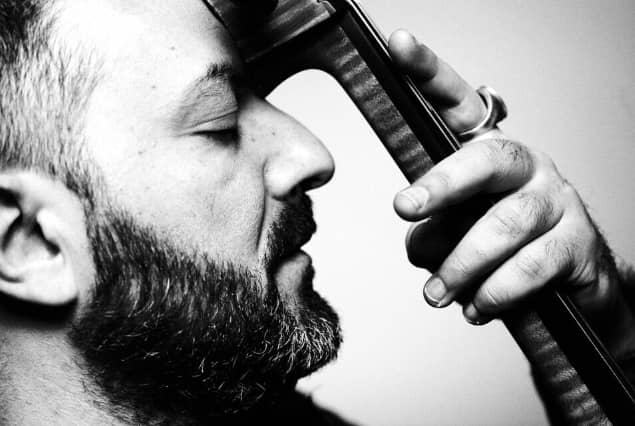