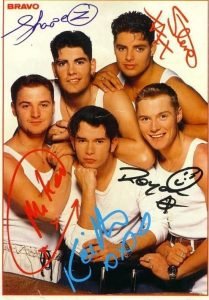 Love Me For A Reason, No Matter What, You Needed Me, Picture of You, Baby Can I Hold You: these, and many other smashing hits by the Irish band Boyzone made the life soundtrack of any 1990s screaming teenager in her right mind, including those who were also crazy for Take That like the one who’s writing this right now.

Boyzone’s reach in Ireland, the UK and everywhere else in Europe was monumental back then; each and every single they released from 1994 to 1999 – and there were 16 of them in total – went straight to the top five in UK charts, which made them one of the biggest-selling singles artists in the British music chart history, as well as the first Irish act to have four number-one hits in the country. 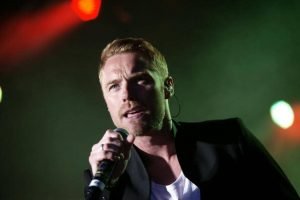 Ronan Keating at the Summarfestivalur in 2012 by SuperDopeBass CC BY-SA 3.0 ©

Ronan Keating is probably the most recognisable icon of Boyzone, as well as one of the most successful solo artists on the continent with over 20 million records sold worldwide alongside the 25 million records sold with the band. He gained worldwide acclaim in 1999 as his debut solo single When You Say Nothing At All reached number one in the UK, Scotland, Ireland and New Zealand after being featured as a theme song for the romantic comedy film Notting Hill starring Julia Roberts and Hugh Grant. 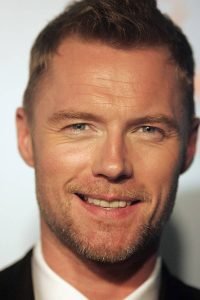 The next single, Life Is A Rollercoaster, released in 2000, was another big hit all across Europe, and Ronan’s career has seen no setbacks ever since. What’s more, the fact that at some point in life he looked equally like Chris Martin, David Beckham and Gary Barlow all mixed together didn’t stop him from developing and maintaining a unique style and charisma which contributed to his success as a judge on The X Factor and as a coach on The Voice all through his further career in TV music shows.

Songs from Home by Ronan Keating

As of today, after releasing the albums Twenty Twenty and Songs from Home in 2020 and 2021, he is embarking on a summer tour titled All the Hits which brings him everywhere in the UK in June and July 2022 to perform both his solo hits and Boyzone’s most-loved songs.

But not all stories have a happy ending, and it didn’t end up just as well for Boyzone as a band, in the end. The group, whose line-up included Michael Graham, Keith Duffy, Shane Lynch and Stephen Gately in addition to Ronan Keating, eventually split in 1999 after six years together, and the sudden death of Stephen Gately ten years later at age 33 not only put an end to any residual hopes for a full band reformation but has also given the whole thing a hint of sadness which just won’t go away. 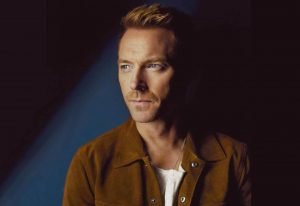 It’s great talking to you, Ronan. I’ve been a fan of your music since I was a teenager.

Oh, thank you so much, that’s pretty kind to hear!

What achievement are you most proud of, at this stage in your career?


Well, it’s obviously my family – but away from my family and my career, I think longevity, sticking around, still being here and getting to be able to tour this month across the UK and go out to the festivals across Europe and still be doing this. I do different things in my career, I’m on a radio show, I’m on a TV show, but I don’t see myself as that guy. I mean, there are things that you learn to do along the way, and that’s another facet of what I do, but who I am as a person in my career is a singer and a performer, an artist on stage. That’s why I joined Boyzone, I wanted to perform and be on stage and sing, that’s what I always wanted to do, that’s what I want, that’s my heart and soul… that’s really everything to me.

Which one of your songs are you most attached to, and why?

I would say When You Say Nothing At All more than anything else because it was a huge milestone in my career. I was still in Boyzone at the time and it is the song that allows me to still do this after 30 years. And, you know, it’s a career record; when you look at certain artists, there is a song that stands out in their career: Bryan Adam is (Everything I Do) I Do It for You, Elton John is Candle in the Wind or Your Song. I mean, they’re not their only hits, they’ve got lots of other hits, but you will always find that one song is like their biggest hit, and these are the songs that have allowed artists to be recognisable, and I think When You Say Nothing At All is that song for me, so I’m very proud of that.

How do you feel when you hear When You Say Nothing At All playing on the radio or if you bump into Notting Hill on the television? 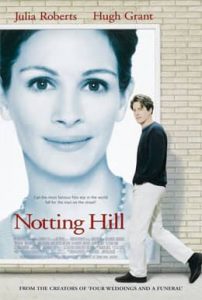 I love it, I get a very proud feeling. These songs like When You Say Nothing At All ad Life Is A Rollercoaster have given me a career and allowed me to still be here some 25, 30 years later. So yeah, when I hear these songs, they fill me with pride, to be honest with you. I mean, I feel very lucky to have them in my collection and yeah, pride is probably the best word.

What’s the main feeling you have when you hear the word Boyzone? What’s the first word that comes to your mind?

Nostalgia. Pride brothers. I mean, we had six amazing years in the 1990s, and we were a bunch of kids that made stuff up as we went along. Nobody taught us how to be pop stars or how to do it, and we had a hell of a ride. It was incredible, really magic. That was a very special time, and I wouldn’t be a solo artist today and have what I have today if it wasn’t for those six years in Boyzone and so I’m very very grateful for that and I would never turn my back on it. There are certain you miss, like the brotherhood, the camaraderie, the friendship, that energy between us all – it’s not the same when I do it on my own. So, yes, that was a great time. It was a really magic time.

How different is today’s music compared to when you started out with Boyzone in the 1990s?

Oh, it’s very different! I mean, the 1990s was poptastic, it was crazy funny collared shirts, it was energy in costumes and outfits, it was pantomime on steroids. You know, that was the 1990s and it was just a brilliant, brilliant time. I think pop was alive and well and at its best in the 1990s and then it transitioned into something different. You know, we’ve influenced urban music and different places and genres, but for absolute pure and unadulterated classic pop music, the 1990s was the time.

Is there any substantial difference between Irish pop and British pop, in your opinion?

Well, no, I think a lot of Irish pop music has been inspired by British pop music because Irish pop music came late to the game. We were influenced greatly by the pop music that was coming out of the UK, so to be honest I wouldn’t say there’s a huge difference. I think that we’re very much on a par, we say that we come from the same hymn sheet, haha. All the Hits 2022 tour by Ronan Keating

Well, I’m touring now, this is the thing I’ve been waiting for two years. We’ve postponed and postponed and pushed back. Literally, I’ve been waiting in the wings to tour for the last two years and honestly, I’m so excited. I can’t tell you how excited I am! I just want to get going, we already did one show in Bristol a few weeks ago and it was amazing, but it was it almost teased me because I was ready to go and then we had a break of four weeks! So the first show is in Belfast on the 6th of June 2022 and I cannot wait to just get going and sing the songs again and hear the audience sing the songs back to me and you know, all of those things are just so important… I cannot wait!

Ronan’s UK & Ireland tour is from 6 June – 6 July 2022 and headlining Cornbury Festival on 10 July. Tickets are available at www.bookingsdirect.com

★ If you love 1990s and 2000s music, you may also like our interviews with Hanson (remember MMMBop?), electronic music legend Moby, The Offspring, The Vamps, Tom Higgenson of Plain White T’s (remember Hey There Delilah?), The Prodigy, Skunk Anansie, Amy Macdonald (remember This Is The Life?), Passenger (remember Let Her Go?), The Lumineers (remember Ho Hey?)

★ If you were a screaming teenager in the 1990s, you may also like Dedicated to my fellow 1990s Take That screaming fans and All the rules I broke to meet Take That 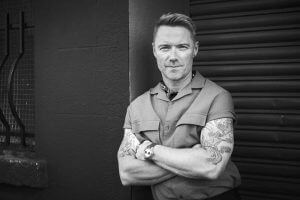