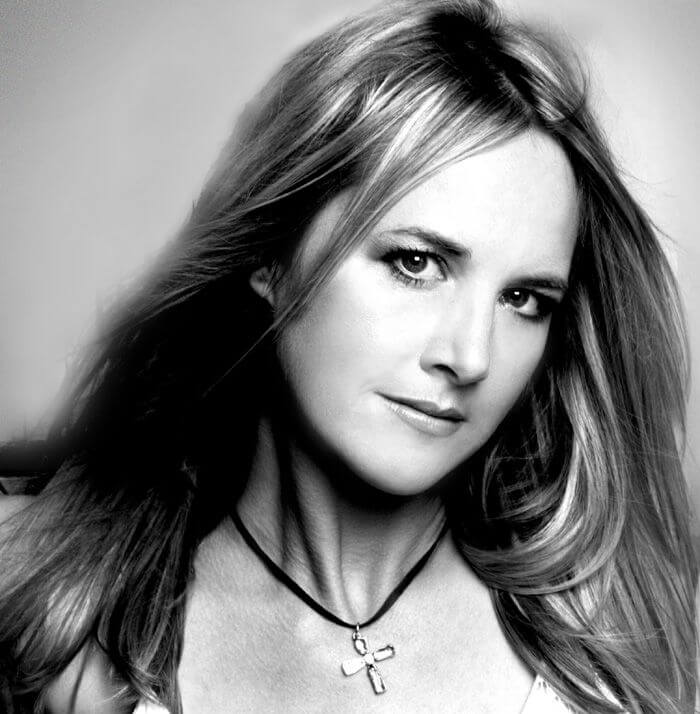 Sarah Class © to the owners

Sarah Class is a twice Emmy and BRIT nominated English composer and singer-songwriter who has long worked for the likes of the BBC, Channel 4, Discovery Channel and Disney.

You may have already unknowingly heard plenty of her paradisiac scores in documentaries, natural history TV films and numerous other television projects, including a BBC series by Sir David Attenborough on which she also collaborated with Dire Strait legendary guitarist Mark Knopfler.

Sarah Class’ newest EP from her latest album Natural High is called Green Man, and this brings back a lot of lost memories for me, as Green Man was also the title of the debut solo album released in 1996 by Mark Owen from Take That on which I had a massive crush as a teenager.

At the time, as a 12-year-old girl who had had her heart broken by Take That’s split in 1995, I remember having queued for hours just to be the first in town to put the hands on that Green Man CD.
I admit this has been the first reason why I decided to give Sarah Class’ Green Man a listen – and now I have to confess this has been the best music decision I made this month, given how exquisite and intensively moving her compositions are.
It’s a joy to see that everything Green Man has always meant is still alive and kicking in the voice of another talented singer.

Sarah, who are your main sources of inspiration in classical music?

I have so many! Leos Janacek, Mozart, Anton Bruckner, Vaughan Williams and Johann Sebastian Bach.

As a little girl who wanted to break into music, why did you choose classical music and not pop or rock?

My father always played classical music at home as we were growing up, and so my sister and I were used to it and I developed a real love for piano music particularly… and all that listening has certainly helped in my music exams! Although my upbringing was certainly classical, I have a great love for other genres, as by being a composer you have to be able to turn your hand to all things, and my first album releases have been as a singer-songwriter. For me, I have always drawn to emotive melodic music whatever the style of music, and beautiful themes are key. It’s probably because of the multi-layered depth in much classical music that I am always drawn back to it because so often you create the picture in your mind with what the music evokes to you, and you’re not being dictated to by lyrics, and this is a real solace at certain times. But like all music, one feels like listening to different music at different times. I just love so many lyrically-driven songs and this has fed into all the music I write. I’m probably a suppressed pop artist underneath!

Did you have a plan B in terms of career if you didn’t make it into the music industry?

Either music therapy, or probably being a poet or an artist. I particularly love painting with watercolours.

I’m very proud of Cantamus Aurora, a Warner Classics release with a 50-piece girls choir all aged between 12 and 18: the album was at the top of the classical charts for over three months and was nominated for a BRIT Award. It was also one of the most creatively exciting projects I’ve worked on, and the choir was just wonderful. A hugely popular BBC Africa series was also a high point in my career. I got to work with beautifully story-lead animal footage featuring an amazing variety of musical genres within the series. I loved the diversity and scope of musical storytelling.

As a child, I thought I wanted to be a concert pianist, with a dream of being the Young Musician of the Year. Later in my teens, I then wanted to be a jazz pianist, but I think the dedicated amount of practice it would have taken, plus the fact that I was always wanting to play my own compositions – probably put me off that idea.

I’m currently collaborating with a great Irish Celtic musician called Eimear Quinn on her new album, Ériu. We co-wrote the lead track, Hibernia, and we’ll be performing together on my new album Natural High published in September 2020. I would also love to collaborate with Adele, with Greta Thunberg on some musical environmental projects, with American operatic singer Josh Page who has an amazing Tenor voice, and with a wonderful emerging artist called Imogen Williams. I should also collaborate with Orchestra for the Earth on some projects soon – and that is just for starters!

How did you come up with Green Man as an EP title? Did you know this is also the title of Mark Owen’s first solo album? No, I didn’t – but I’ll go and listen to it right now! For me, Green Man is a sort of environmental guardian, the keeper and protector of woods and forests and all nature. Green Man represents to me Spring, rebirth and renewal, and the vibrant spirit of Nature. I really wanted to try to capture this and the healing qualities of nature into my music, and the name Green Man kept popping into my head – so… he/she obviously wanted to be heard!

What do you think of TV programmes such as The X Factor and BBC talent shows?

I have mixed views because, on one hand, it’s great to have a platform for people to discover a talent they may not have been exposed to before. But on the other hand, I feel it’s sad that it has to be contrived in certain ways and there seem only narrow criteria for new people to come up through: it’s not for everyone. I think it’s time for us to see an all-singing, all-dancing TV show dedicated to showcasing new artists and music.

In your opinion, what could be done to promote classical music to the general public?

Thankfully, now there are radio stations like the new Scala Radio that have a very broad remit for classical music, and they play all sorts of amazing music coming out of La Scala. I think if broadcasters, on the whole, relaxed the playlist criteria and programming more to let new music which falls in-between genres – and let’s face it, a lot of good music does, be more exposed to a public who really love this music. Spotify, of course, helps people discover new music, but I feel there really could be a dedicated online site “movement” if you like, which could be the new hub for crossover genres, from folk to cinematic music and even classical pop. There needs to be a unifying link to feed cross-media outlets including the main classical broadcasters with people working together to promote this music.

I’m working on the full album, at the moment, which – as I said – is titled Natural High, and of which Green Man is a part of. I’m aiming to produce a whole new vibe to what I’ve done in the past and hopefully to what is out there to some extent, at the moment, again drawing from nature. Underlying this is a very tangible musically passionate energy channelled from what I feel is the universal spirit, some may call it God or the unification of the soul. It’ll be a loving expression of many things we experience in our lives inspired by the natural world. I hope people will feel this when they hear my music. I’m also an ambassador for the World Land Trust, which is a brilliant charity protecting nearly one million acres of rainforest and other natural habitats all across the world. Sir David Attenborough is their patron, and I work with them through my music to raise funds and awareness for the incredible work they do. One of the biggest projects was the I Will Fight video with Sir David Attenborough focusing on the habitats and plight of orang-utans in Borneo. I’m currently working on new musical ideas and collaborations for them. And then, of course, my Green Man EP is out now! 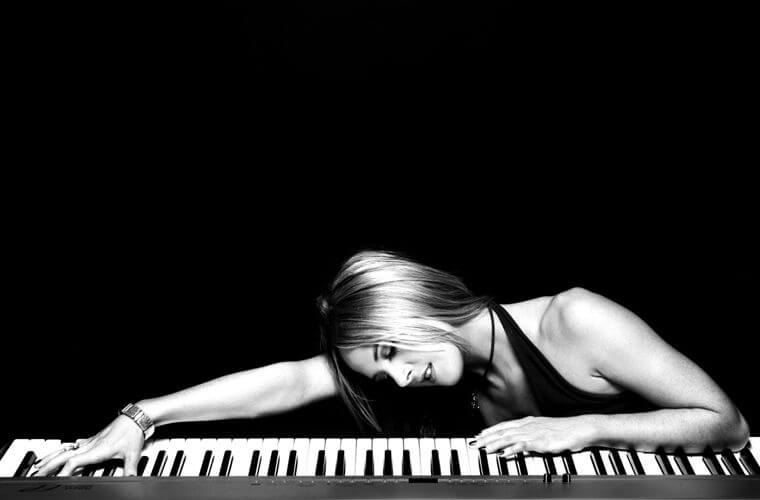 Sarah Class © to the owners