From Wrecking Ball and Fifty Shades of Grey to the roots of solo piano music: interview with Stephan Moccio This man is a man of many trades and master of all, and the whole of the trades he masters invariably involve music.
But not just random music.
Grammy and Academy Award-nominated Stephan Moccio is exclusively into the highest possible level of authenticity when it comes to songwriting, composition, production and performance.

Author of the Vancouver 2010 Winter Olympics theme song I Believe and of Fifty Shades of Grey‘s soundtrack song Earned It by The Weeknd for which he scored an Academy Award nomination, this brilliant Canadian musician is a composer, songwriter, producer, arranger, conductor, recording artist and pianist. 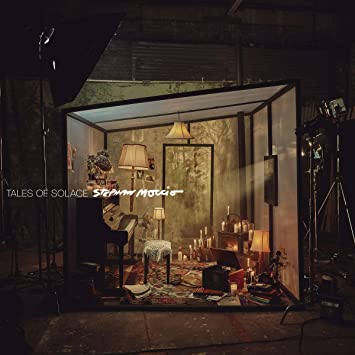 He is often referred to as the man behind successes like Miley Cyrus’ Wrecking Ball, Céline Dion’s A New Day Has Come, Avril Lavigne’s Head Above Water, and he has written and composed music for a plethora of other singers including James Blunt, Josh Groban, Ellie Goulding, Fergie, Paloma Faith and British Soprano Sarah Brightman who also dueted with Andrea Bocelli.


After totalling over 65 million streams with his previous classical instrumental debut album titled Tales of Solace that was released last summer, Stephan Moccio is out today with a further collection of melodic solo piano works that conveys emotion without words and transcends cultures. 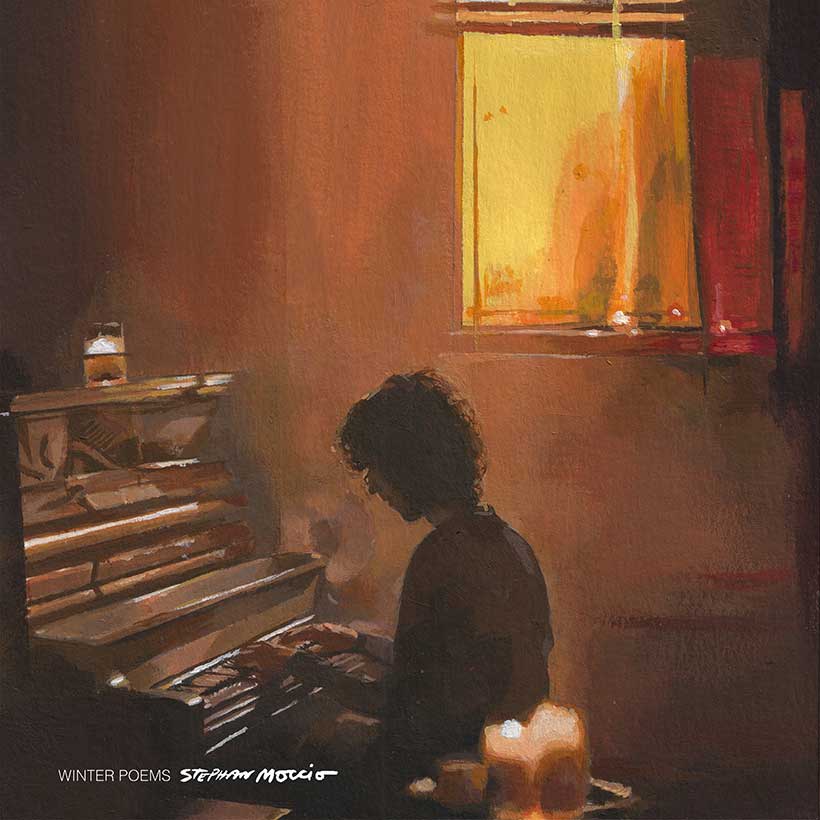 Winter Poems is an instrumental piano album inspired by and dedicated to Christmas featuring a number of original compositions and hymns together with timeless festive classics such as ‘O Holy Night and Have Yourself a Merry Little Christmas.

All I say is: give it a try – just give this album a listen.
Yes, even if you don’t understand anything about classical music, even if you don’t like Christmas and you’re not into songs without words.
Because what this great artist has on hold for you is way beyond words.
And you’ll find out that as few as seven musical notes in their purely instrumental state will be enough to help you restore that inner human calm we all seem to have lost in these confusing and hysterical times.

Stephan, it’s such a pleasure to have you. What’s the correct pronunciation of your name?

Thank you! It’s ˈStefən. And the surname is ˈMotʃioʊ. You know, my grandfather is from Abruzzo, Italy!

I often wonder whose grandfather is not from Italy. Do you speak the language at all?

I understand it a little bit… poco poco but I don’t speak it, sadly. I’m Canadian, so French is my mother tongue, and then English. But I love Italy, it is such a beautiful country. You’re from Rome, aren’t you? It’s beautiful.

Thank you, thank you. So, I listened to your Winter Poems, it’s really good. Very relaxing music. What does this album mean to you?

Thank you! When I recorded it, I felt that the world was going to be different, this year and Christmas is not going to be the same Christmas for everybody, because a lot of people can’t see their families. I’m in Los Angeles and my parents live in Canada, and I haven’t seen them in over a year now. And I would love to see them, and I know my children would love to see them too. Let’s see what happens, but travelling is still really tough here. Christmas is one of my favourite times of the year, and so Winter Poems is a very intimate album for me. I am really sensitive to the climate, the emotional climate that people are going through this year, and I wanted it to feel like as if I was playing to everyone on a very personal level. Because this is instrumental music, it’s very universal, it translates directly to all cultures. And so I just wanted it to feel intimate. introspective, to give people the time to think and reflect on the year we’ve had – because this has been a year unlike anything we’d ever expected, and we never could have guessed what was going to happen in 2020. And so there’s gonna be a lot of reflection for it – I would say it’s a very emotionally reflective album. At least for me.

What achievements are you most proud of, at this stage in your career? And there’s a lot to be proud of, in your case!

I think I’m most proud of having stopped doing pop music and coming back to my love of classical. Yeah.

Yes, because it’s very easy to be seduced by the world of pop with the artists I work with. It is exciting and highly seductive when you have success, but that’s just one part of who I am. On the other hand, being at the piano as I am now, this is exactly who I am. So I think I’m proud of having been able to just stop for a moment and come back to this instrument.

You have done so many things in the music industry – you are a composer, a pianist, an arranger, a producer and a recording artist as well. Which of these labels do you feel you belong to the most?

Now, as a 48-year-old, man, I feel like I’m an artist – but so, what does that mean? I just feel like I’m now dealing with matters of the human condition, relationships and emotions from a male perspective. You know, we live in a world that is so attuned to talk about females and their feelings. I mean, we don’t lose men, but in a lot of ways, we don’t really talk about them.

I couldn’t agree more and I’m so fed up with female talking.

But so, yeah, in terms the labels, yes, I’m a great piano player. And I’m a successful producer, and I take great pride in that, but I think now in the last few years, as I’ve matured as a human being, and I am someone who’s very comfortable in his skin, the word artist is the one that i latch on to the most.

What was your dream job as a child? What would you be doing right now if you weren’t an artist?

I’m doing exactly what I wanted to do. But I have a second passion, which is architecture. And you know, Italy has some of the most iconic roads… but yes, in a lot of ways one can say that I am an architect of sound. And, you know, composers are architects in a lot of ways, the way that we put things together, sounds together, elements together… but I’m glad I’m doing my job.

Which of your song performed by other artists are you most attached to?

I don’t know. It’s a good question. I can’t say there is one. I mean, every one has a different meaning. You asked earlier about my achievements – I am really proud of having written the theme song for the Vancouver Winter Olympics in 2010. And then Wrecking Ball and Earned It – those are huge hits that billions of people have heard worldwide. But the Olympic theme, for some reason, meant a lot to me because it has become part of Canada’s culture and history… and when you become a composer who writes such a monumental piece that becomes part of the country’s history… I was lucky to be old enough and in the right place at the right time to be the chosen to write it. I was lucky to be at the right place in my career.

In your opinion, what could potentially be done to spread access to instrumental and classic music to the general public?

Believe it or not, solo piano music is the fourth biggest genre in the world now.

Yes. After hip hop pop and I think country music, there’s solo piano. I mean, you have Max Ritcher and Ludovico Einaudi and a lot of these great piano players nowadays who score big numbers on streaming platforms, and I am lucky enough I perform well too – we had 65 million streams so far and we’re just a few months on my debut album. I think people need this kind of music, especially now. In these times of quarantine, people are looking for something different, and pop music isn’t. I mean, I love pop music as well, it makes us all feel happy, but we don’t have places to enjoy pop music together as a collective now, it’s not like the kids can go to a club and dance all night and enjoy.

This is true. I’m really into rock music, but watching old Queen and David Bowie‘s concerts these days just depresses the hell out of me,

Yes, and so people are looking for more peaceful music because these are not peaceful times. There’s so much uncertainty, so much doubt. I mean, my album has nothing to do with Covid, but people do think it has something to do with Covid. I just wanted to come back to simplicity, to things that are real, to my authentic side.

I had incredible times, I have been very privileged to be let into these people’s lives and become a friend and sometimes a confidant. I mean, Céline Dion is just amazing, we’ve known each other for over 25 years and I am amazed at how hard she still works.

I interviewed Barry Blue who wrote a song for Céline Dion in 1984 when she was 16 and he said he knew she was going to become a massive star.

Céline would sing a song and be at that microphone from 6 pm to 4 am in the morning – sometimes she stays there for 8 to 10 hours just to get a song right. I mean, a lot of others I worked with are like that, but Céline had done it all, she’s the biggest female selling artist in the world and she doesn’t need to prove it, but she still has that thing, the fire inside her. And James Blunt is such a sweetheart, such a generous and funny guy. As I said, it’s a privilege to be let into these people’s lives and turn some of their personal stories into songs.

How does it feel to find yourself in a crowded space with one of your songs playing and all the people around not knowing it’s a song from you?

It’s amazing and I’ve been in many places around the world like that! One of the first time it happened I was in an Alitalia flight. It was 2002 and Céline Dion was doing A New Day Has Come, and the video was on the screen and everybody in the plane from Toronto to Rome was watching this song! And here’s another great story I’ll tell you because you’re from Rome: so, in that year, in 2002, I went visiting Italy and I was strolling around one of the piazzas, and you know back then there were these people selling CDs on the road on a blanket?

Sure. They were everywhere and they’d also sell pirated software CDs. Great times.

Haha yeah, and I was like “I know you won’t believe me, buddy, but I actually wrote that song!” – and he was like “Oh come on! You’re funny! You funny guy!”

True story, happened in Rome in 2002. Many times I see people tapping their head and I think “hey, I wrote that song!”

Have you got any new plans for the future? What are you working on right now?

Right now it’s all Christmas music until December, but after that, I’m very creative and I’m just going to be ready to release new music, and two new albums. I think that’s what we can do as artists, just keep producing content that’s authentic and true. And I’ve got this beautiful new studio in Los Angeles now, and I can just be here and play and record music for five hours! 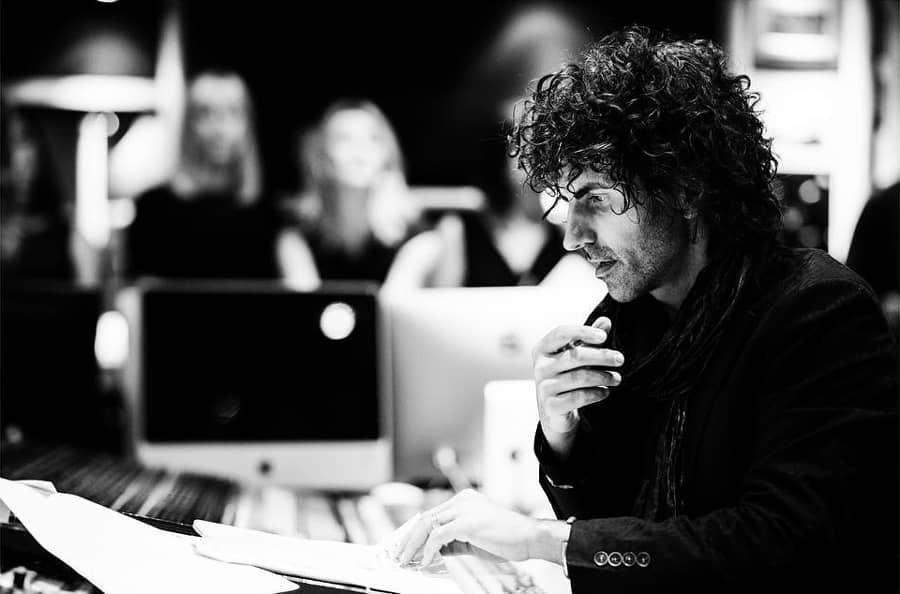