From 70s post-punk to working with Yoko Ono: interview with composer Stephen Emmer 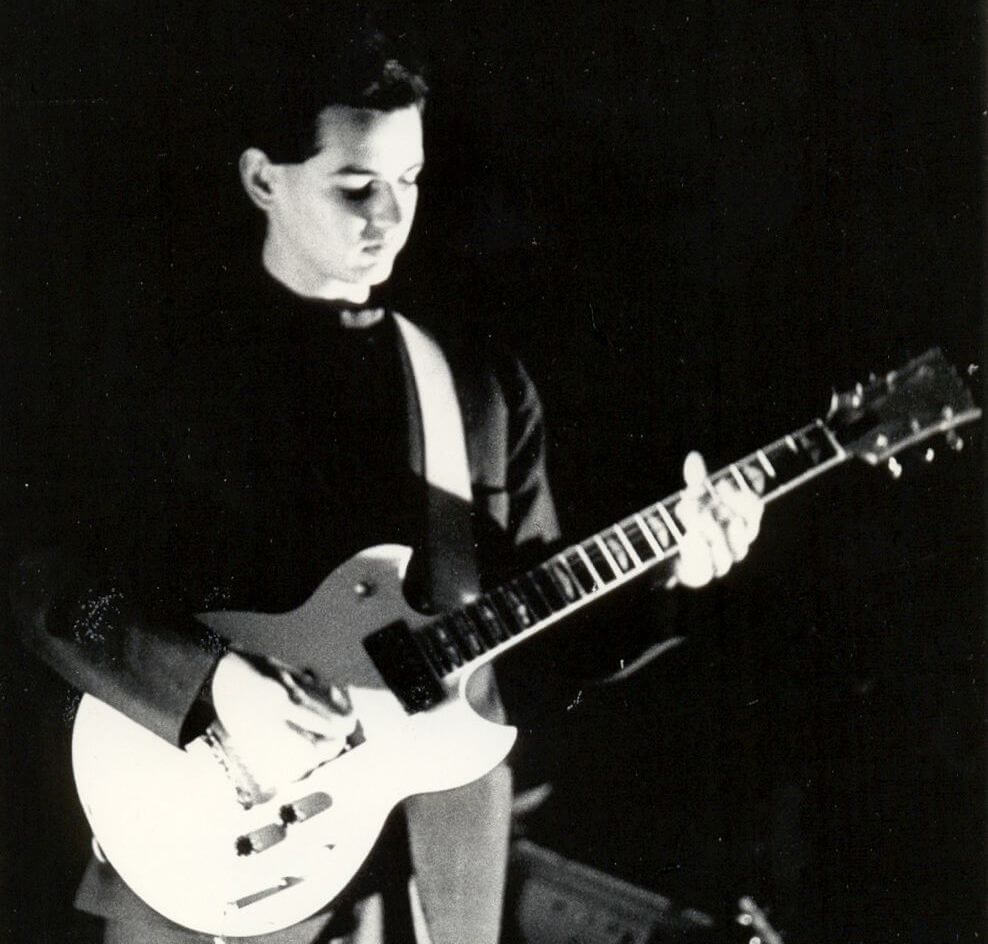 Internationally acclaimed in the late 1970s as a leading figure of the Dutch post-punk movement with the band Minny Pops, Dutch composer and musician Stephen Emmer is well-known amongst music critics today for his innovative “concept” records.

From the spoken word album Recitement, out in 2007, featuring tracks from Lou Reed, Yoko Ono and Richard Burton, to his 2014 album International Blue that includes collaborations with Midge Ure, Julian Lennon, Glenn Gregory and Liam McKahey, to his more recent soul album Home Ground: in a career that spans over 40 years, Stephen Emmer has developed a rare talent when it comes to introducing very ingenious and always different musical projects that promptly attract the support of fellow artists: one of David Bowie‘s longest time collaborators, American producer Tony Visconti, has worked with Stephen on most of his records. 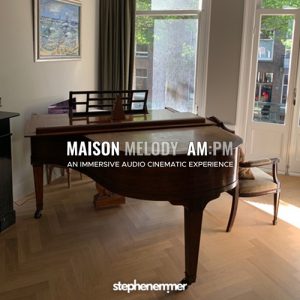 During 2020, Stephen started experimenting with neo-classical music and released an album for free in support of those financially affected by self-isolation; Maison Melody was recorded without vocalists, alone as an instrumental, just with Stephen’s piano and strings, and anyone can enjoy, download and save the whole album without paying a penny… not sure if music will really save the world someday, but that’s a good start.
Additionally, Stephen reissued an innovative reimagining of this contemplative piece of work in 2022, which is titled Maison Melody AM:PM and is one of the world’s first spatial neoclassical concept albums in Dolby Atmos format for you to enjoy for a total immersion within a three-dimension space and sound.

Stephen, what was your dream job as a child? What would you be doing right now if you didn’t make into the music industry?

Well, I never wanted to be a fireman when I was a kid! I dreamed of becoming a foreign news correspondent: staying somewhere for a couple of years and then moving somewhere else, again and again.

There are two main achievements I’m very proud of: first, I am glad that I managed to turn my hobby – well, my passion, rather – into my work, which is also my vocation, to serve this muse called music. My second biggest achievement is being the father of two wonderful daughters I really think and hope will add to a better world sooner or later!

The artists who made the difference for you when you were a kid will always keep a special place in your heart, and for me, they were Santana in the early 70s and then, of course, The Beatles. But I also learned that inspiration in music may come from anywhere, regardless of music genre and historic moment. I agree with Edward Kennedy “Duke” Ellington who said that there are just two types of music: good music and bad music. I love complex classical music such as Heitor Villa-Lobos and Atomic Kitten, and then everything else spanning from Chopin, Aphex Twin, Massive Attack, Miles Davis, Jimi Hendrix, Ennio Morricone… and the list continues!

Your music style encompasses a wide range of genres: which one does describe you best?

I aim at obtaining some form of recognisability in music, I focus on melody and composing rather than on music genre. In other words, I hope I’m keeping my own musical identity and signature, whichever genre I’m playing around with.

You were a leading figure of the Dutch post-punk movement in the late 1970s with band Minny Pops: do you think this music genre, as well as punk itself, is dead? Is there a future our there for punk and post-punk music?

Punk and post-punk were perfect to capture the Zeitgeist at some time in history, but this comes with a price and certain music genres cannot be timeless, hence why they are outdated now; the same happened to hippie music in the past. What I have always liked about post-punk music is that adventurous DIY approach – certainly fuelled by musical ignorance – in order to avoid the worst clichés in music. If you go on YouTube, you will find clips that show how almost all pop hits today – let’s say right since 2008 with Britney Spears, etc – use exactly the same chord progression, and, more often than not, the same exact synth and drum sounds. It would be good if some of the adventurous efforts of that punk and post-punk era would come back in pop music today in the same way you can tell the difference between homebrew coffee and Starbucks: the first may result as clumsily put together and sometimes awkward, but at least it’s a surprise for the costumers.

You are Dutch and have lived in the UK for a long time in the days of your youth: how were you affected by Brexit and what are your feeling regarding the UK now?

I love Britain and the eccentric behaviour Britons have preserved throughout the ages, and I see Brexit as a result of that tradition. I don’t know if Brexit is right or wrong, but it’s quite clear to me that, generally speaking, you can achieve more together than on your own as a country. However, as a European citizen, I am not that sure about the EU as an organisation, either: it is very dominant in the wrong way, it is non-transparent, it has expansionist aims, etcetera. I think we would need to reorganise the European Union and then the UK may join again… but well, I don’t know.

You composed the spoken word album Recitement in 2007, featuring tracks from Lou Reed, Richard Burton and Yoko Ono: what did you learn from this experience?

What I found out while working on Recitement is to do what rappers do: keeping the same interval towards the root note in jam. This is what I used to work on non-rapping voices with literature-based subjects spoken in seven different languages. For me, to find out that this isn’t just theory but that it actually works in practice has been the ultimate joy! And I was, of course, honoured that these famous musicians were able to see what I was seeing in it and therefore decided to join my project.

Have you got any memories you’d like to share from your days working at International Blue in 2014 with artists such as Glenn Gregory and one of David Bowie‘s longest time collaborators, Tony Visconti?

Of course, I still love that record very much and have a fond memory of making it. Glenn Gregory and I went on working together on my next album Home Ground, for which he co-wrote the lyrics for others to sing. Tony Visconti is always a joy to work with, he’s like a walking music encyclopedia: he was there in the 60s, 70s and 80s and has helped invent and shape the music we all love, so it was a delight to me so see most of my music heroes all gathered in one! The album presentation was fabulous, we organised the launch to take place at the Abbey Road Studios in London, Studio 2: for a Dutchman, this is like winning the Olympics!

Are there any artists you would particularly love to collaborate with, at this stage in your career?

Yeah, there are many of them. In pop music, I would love to work with a now more mature Robbie Williams, who is a very good singer, you know?

You tell me. I’d do anything with, for and to Robbie Williams.

Eheh. Then I would love to work with Iggy Pop, ideally together with Tony Visconti again: both gentlemen are rock legends, but still very adventurous and love to experiment when it comes to making new music. I would also like to collaborate with Shirley Bassey and to join the BBC Choir, for example. And oh, I’d love to work with Björk!

Well, I’m not much of a fan, I’m afraid. I see no point in a format that sees artists starting out by covering songs by others, this is not how you forge your own musical identity. They also try to turn this art form into some kind of sports event with a lot of competition in it. I don’t want to sound snob here, but I also sympathise with the participants who expect too much out of it and then get hugely disappointed. It’s like telling people that there are shortcuts in life, whereas we all know there aren’t.

I have around 40 new musical projects on my iPhone, I can only hope to live long enough to achieve them all, haha! I’d also like to say that I feel that there’s a new dawn coming after all the troubles we are experiencing right now, and we’d better get ready to enjoy this when it will happen.

★ If you love punk, post-punk music and hard rock, you may also like our interviews with Prince’s musical director Morris Hayes, Sex Pistols’ Glen Matlock, Imelda May, Bruce Foxton and Russell Hastings from The Jam , Skunk Anansie’s Skin and post-punk legend Jah Wobble

★ For stories about music legends, also have a look at our interview with Danny Zelisko, the concert promoter who has worked with everybody, from Alice Cooper to Pink Floyd, from Queen to Guns ‘N Roses 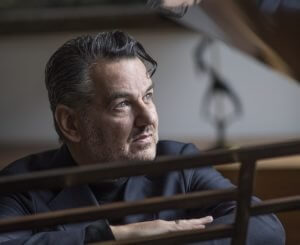