A decade after reaching worldwide success with the unforgettable 2012 breakthrough hit Ho Hey and the three studio albums The Lumineers, Cleopatra and III that all reached number one in the U.S. album charts and went straight between number one and two in the Billboard Global 200 chart, the American indie folk-rock duo The Lumineers who said mobile phones should be banned at live shows are still and always on top of the world, both as a pair and now also as debut solo artists. 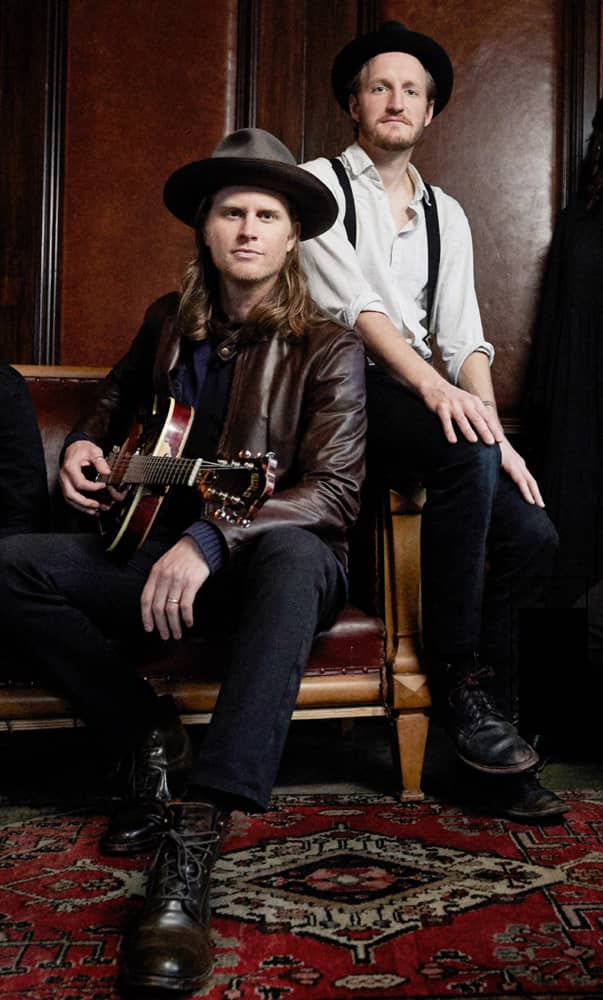 Jeremiah Fraites and Wesley Schultz of The Lumineers © to the owners

In fact, as they continue working toward making great music as a band, Wesley Schultz and Jeremiah Fraites have released one solo album each and at the same time in 2021: multi-instrumentalist and composer Jeremiah Fraites has just released an 11-track melodic ambient album titled Piano Piano, made out of serene and soul-soothing piano music, whilst band lead vocalist Wesley Schultz has come up with Vignettes, a collection of blues and folk sound consisting of 10 new cover renditions of classic songs by Bob Dylan, Bruce Springsteen, Sheryl Crow and more, all inspired by different life stories.
Both Jeremiah Fraites and Wesley Schultz are in today for an outspoken interview about music, inspiration, life, the future of The Lumineers and what it’s like to simultaneously release solo works whilst remaining bandmates and close friends.

Their statements are thoughtful and never predictable, and I would have loved to ask them many more questions and to hear their many more answers about many more things, but sometimes, just like someone who goes by the name of Bob Dylan would say – sometimes, my friend, sometimes the answer is blowin’ in the wind.
And in the American Mid-Atlantic that gave birth to Jeremiah and Wesley the wind can be harsh, so harsh that I hope it’ll soon blow their famous hats away all through the ocean up until here, to bring smiles and live concerts without phones and life into our life again.
Until then, let the music play. 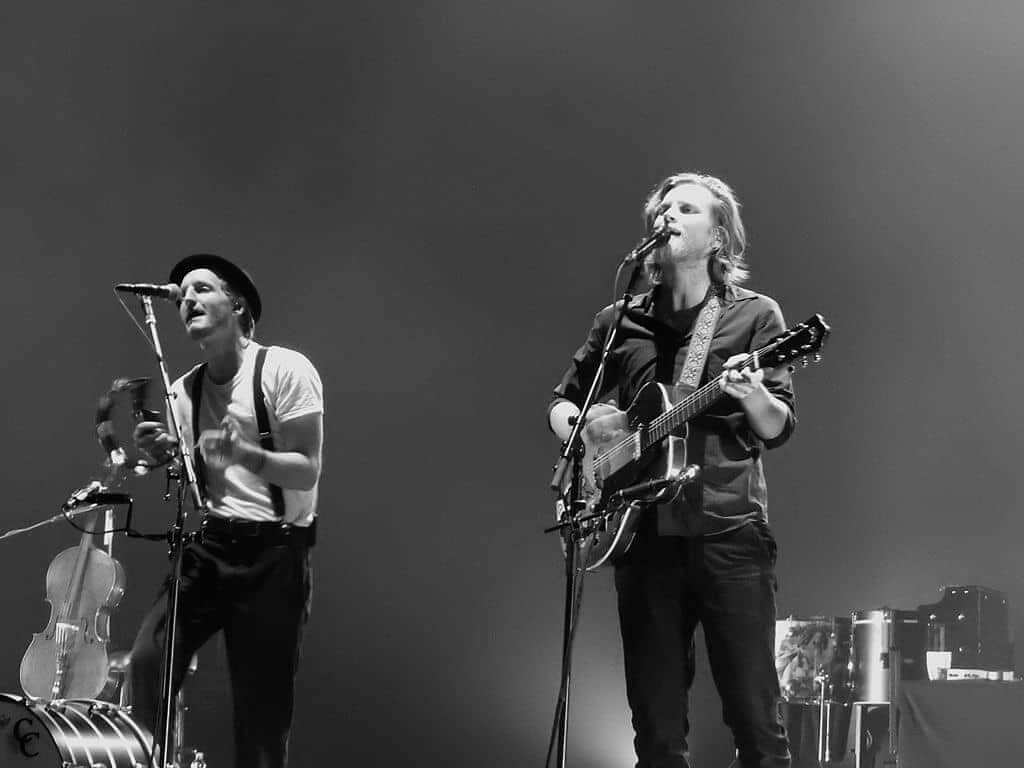 The Lumineers at the Brixton Academy, London, UK, 2016, by Drew de F Fawkes ©

Wesley, Jeremiah, what does the release of your solo work mean to you? How did you come up with your albums’ titles?


Jeremiah Fraites: For me, this means a lot, that I was finally able to release my first solo album. The album has been a long time coming, hence the album title Piano Piano. Piano Piano – which my Italian wife Francesca came up with – in Italian translates to Little by Little. I thought that was really cool because the album has been such a long time coming and I started, I think one of the songs called Nearsighted is literally about fourteen or fifteen years old and here we are fifteen years later finishing the album. Really proud of it and little by little, or piano piano, finally able to finish the album.

Wesley Schultz: The album is a love letter to the songs I played first starting out in bars and coffee shops. These were the ones that taught me how to write, in a way. By learning cover songs, I found a voice of my own. The title was an idea Simone Felice, my producer and friend had – where each song is its own vivid scene in a film. 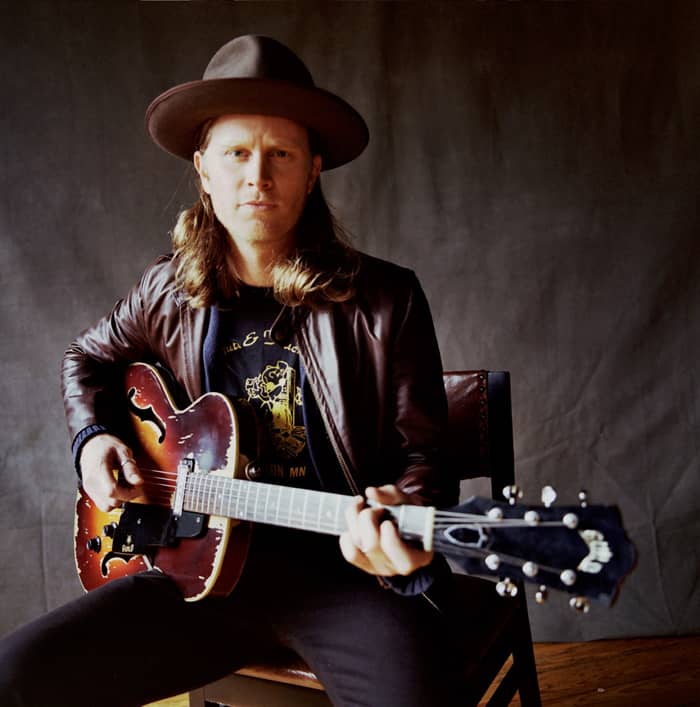 Wesley Schultz of The Lumineers by Bruce Broadway ©

How does it feel to have your fellow bandmate releasing a solo album at the same time as yourself?

Wesley Schultz: It’s great to see Jer putting this classical style music out into the world – it really showcases some of the things he does that are sometimes subtle but always powerful, to what we do together in The Lumineers. 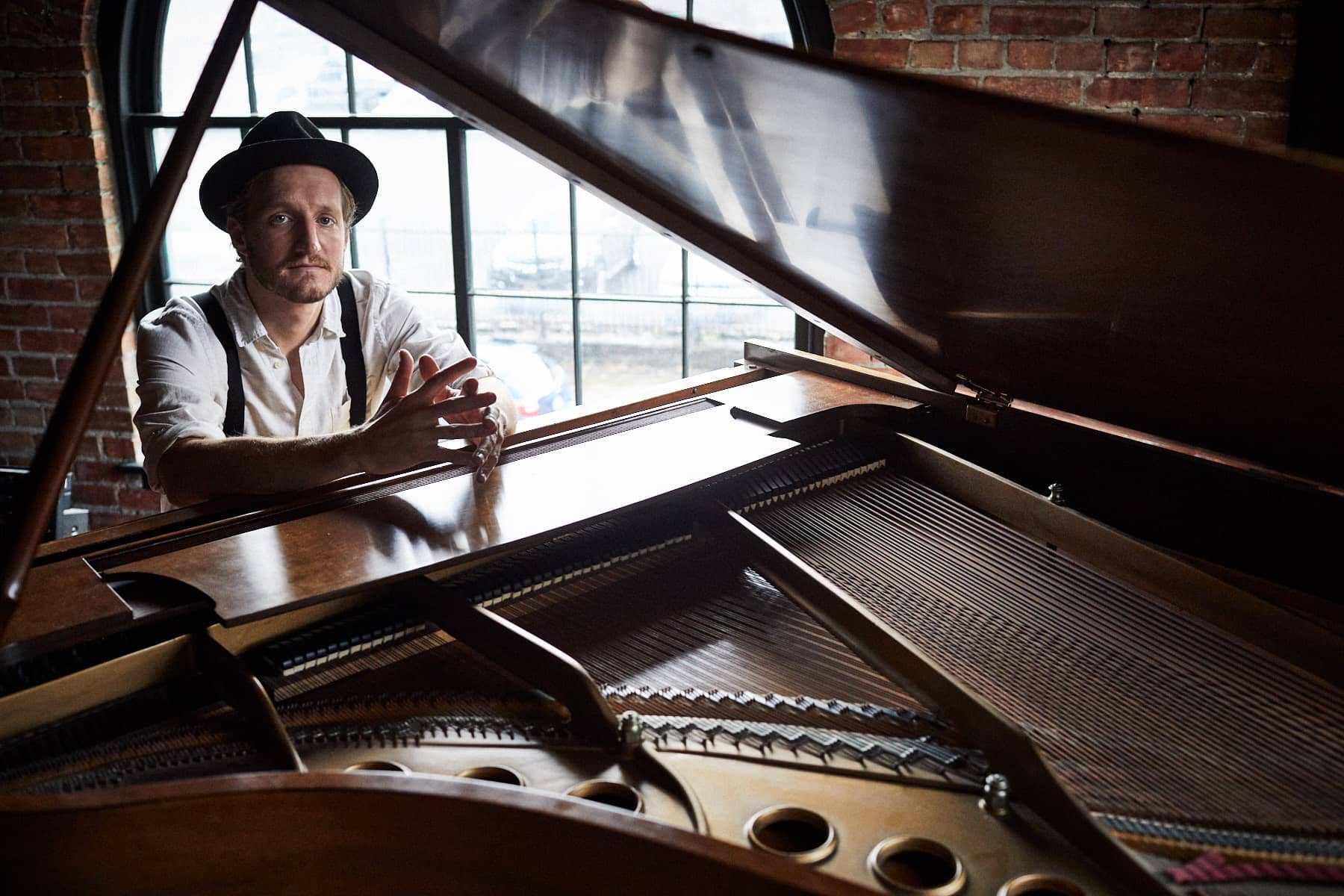 Jeremiah Fraites of The Lumineers by Danny Clinch ©

Jeremiah Fraites: Besides finally releasing this solo album, because it’s been such a long time coming, I’d have to say, just trying to get better at the piano. In terms of actual maybe superficial achievements, just being able to play internationally. I love the idea that with The Lumineers we are lucky and fortunate enough to be able to play large shows in the United States, but also over in Europe, and in beautiful exotic places like South Africa, and Japan, going down to Australia, and things like that. I think we’re really, truly blessed and lucky. From us playing live international shows, I was able to meet my wife many years ago in Italy. So, forever grateful for our international exposure and ability to do that.

Wesley Schultz: I’m most proud of having autonomy over our albums and writing. Unlike a lot of “bands” and performers, Jer and I write all the songs ourselves and record them without any interference. It’s a tremendous freedom and I feel grateful for it and proud of us that we’ve stayed true to what we love.

What was your dream job as a child and what would you be doing now if you weren’t a musician? Did you have any sort of plan B?

Jeremiah Fraites: My dream job as a child was actually to be the best soccer player in the world. As an American, it’s a particularly tall task because I wouldn’t say the United States are necessarily known as being some of the greatest soccer players in the world. But I was really good at soccer as a child and really wanted to do that. In high school, I discovered the drum set, and marijuana, I guess you could say and fell in love with music. I didn’t really have a plan B, to be honest. When I found music in high school I went all in and that was it for me. I never really had a plan B. I knew that even if I was broke at forty years old still living with my parents, but I was a musician I’d still be happy for it. I never sought after money or fame or anything like that. Just wanted to be a great musician and happy waking up every morning and doing what I was able to do.

Wesley Schultz: I was going to be a psychologist – I studied to be one and my father was one. It’s always been fascinating, the idea that you could try to listen and help people help themselves. I also think it develops empathy, this way of thinking – which is very helpful in songwriting and developing characters in songs.

Jeremiah Fraites: I would say, a couple of songs that I’m really attached to. One would be a song called Chilly, off my album Piano Piano. And another one would be called Arrival. I’m really particularly proud of the songwriting I was able to achieve in the song Arrival; particularly, the end of Arrival I think it’s a really cool outro that I came up with and got to work with a ton of great musicians. I’m obviously emotionally attached to all my songs off this album, but if I had to choose a couple, I would go with Chilly and Arrival.

Wesley Schultz: There are so many personal songs – off of this new solo album, I’d say the ballad of My City of Ruins – it’s somehow more relevant now that even when it came out nearly twenty years ago. “The boarded-up windows, the empty streets, and my brother’s down on his knees” – lines like these ring so true today as they did during 9/11 when Bruce Springsteen re-worked the song, and before that when he originally was writing it about Asbury Park falling on hard times. I grew up in New Jersey and he was sort of our patron Saint of Song. And I’ve been covering it since 2002 so it was a full-circle moment.

Jeremiah Fraites: If I had to say who my main sources of inspiration in music and in life are, I would have to say my wife and our son and then also my friends and bandmates of course. The people closest to me and the people I like to keep company with inspire me every day.

Wesley Schultz: People – and their glorious contradictions. The most believable stories have the strangest things happen, because people are unpredictable.

How do you decide which of your songs will go towards the band and which will be used in your solo career?

Jeremiah Fraites: For me, that feels really simple. A Lumineers song has its own set of DNA and fingerprint. I think at this juncture, after writing and completing three LPs and writing with Wes for fifteen years, I think we both have a really intimate expertise, knowledge of what works and what doesn’t work for The Lumineers. I think for me it’s sort of like a sixth sense where I understand how this feels like clearly a Lumineers song idea and this one feels like, nope, this is clearly like, feels too classical or too complex or too this or that and just doesn’t want, and just wants to remain instrumental. In my own head, it’s pretty cut and dry, it might be difficult to explain to somebody else though, all the specifics on that.

Wesley Schultz: I chose these songs based on their ability to be synthesized down to the very base elements – and still hit my heart in a powerful way. The ones that didn’t, didn’t make the cut.


Do you believe a band could potentially never split? What does it take to stick together?

Jeremiah Fraites: Sure, I think there’s plenty of bands that potentially never do split. I think for them to not split, I think it just takes a lot of honesty, I think it takes a lot of love, and compassion, and sympathy for the other band members. I think that a lot of bands historically have broken up for things like greed, and being too famous, and drug use. Drugs is a big thing and thankfully that’s not a problem at all in our band. I think we have really good heads on our shoulders, I think that we’re able to be honest, sometimes brutally honest with each other. Talk a lot, communicate a lot, and I think that’s really important. I think when the communication breaks down, then you throw in things like drug use, and greed, and jealousy, and things like that, I think bands start to come apart at the seams and that’s not good.

Are you working on something new at the moment? What are the plans for the future?

Jeremiah Fraites: No, I hope to write some new Lumineers music with Wes soon and hopefully we can get back out touring. I’d love to actually be able to tour a little bit, eventually on my solo album, Piano Piano, but any sort of live music, let alone human interaction is basically impossible still at this juncture in time. Fingers crossed, hopefully feeling optimistic for the future.

Wesley Schultz: Thanks to those who’ve listened and for writing this – appreciate it and hope to play this live for people one day soon! 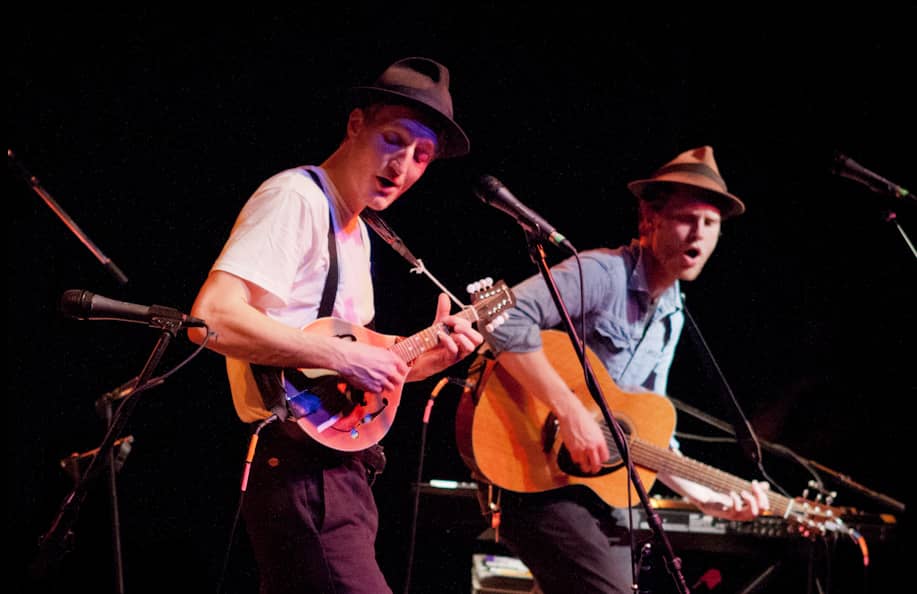 The Lumineers at the Fairfield Theatre Company StageOne, Fairfield, U.S., 2012, by Sachyn Mital ©