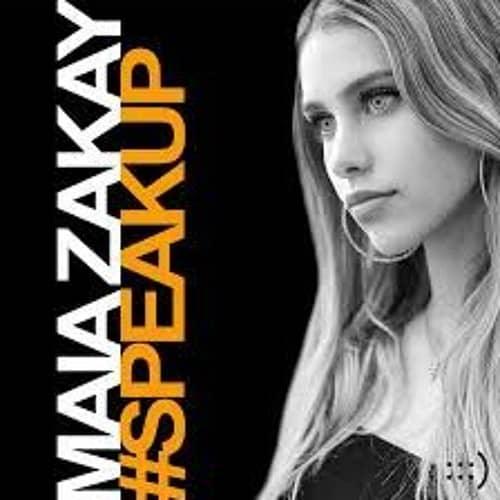 Maia Zakay is a London-born, 19-year old R&B singer and songwriter from Los Angeles who wrote song hooks for Beyoncé and Drake and whose velvety smooth voice will surprise and delight you from the very first second, to the point you’ll wonder whether this is really the first time you hear her and how long it will take until she becomes a planetary success.

Her first album #SpeakUp, was released in the summer of 2020 and co-produced by industry guru Stephan Oberhoff, who has worked with mainstream stars like Barbra Streisand and Quincy Jones.
Maia’s talent has been largely praised by many in the music business, including super-producer Scott Storch, who also worked with Beyoncé, Mariah Carey and Christina Aguilera.
Maia Zakay is in today for a quick Q&A about #SpeakUp, her music, her English roots, the post-Covid tour she is planning and much more.

Maia, where does your debut album come from? Is there a particular story behind it?

I named my album #SpeakUp as all of my songs were my way of speaking up about topics I knew a lot of my listeners could relate to. I wanted to show people that it’s okay to be vulnerable about these hard times in life and that the more open we are about it with each other, the less isolated we feel.

What was your dream job as a child? Was there a plan B?

My dream job as a child was to be a veterinarian, given my love for animals. Funnily enough, that was the dream job of most of my friends so I guess it’s not very original! I didn’t really have a plan B because I didn’t know what I wanted to do with my life until I turned 17.

You were born in London but have grown up in Los Angeles; how do you feel about the UK?

I have so many great memories of the UK. Every time I visit, I feel nostalgic. I always wondered what my life would be like if I never moved to Los Angeles and stayed in the UK instead, but I’m very grateful for the opportunities LA has for me in the music industry.

What achievement are you most proud of?

Going from almost nothing to working with one of the world’s best hitmakers, super-producer Scott Storch. Learning how to create a song with him from scratch to fully done in a matter of eight hours was quite a big challenge that I am proud to have overcome. He helped me realise my creative abilities by unlocking the potential I didn’t know I had.

Drake and Ariana Grande are my favourite artists that I get much artistic inspiration from. In life, my dad believed in my music before I did. He helped me see that I had a gift that should not go to waste, and it took a lot of effort to get me to understand his point of view. He supported me financially and introduced me to my amazing producer Stephan Oberhoff, who has worked closely with legends Quincy Jones and David Foster. Stephan mentored me in the studio from day one and taught me everything I know about studio and song production. His belief in me gave me enough confidence to trust my instincts, and now the things I once struggled with, come naturally to me. These two people are the main driving forces behind my music journey so far.

One of my music goals is to release a song with either Drake, Post Malone or Justin Bieber. And there are also so many other artists I respect and would be just as blessed to collaborate with such as Bazzi, Russ, Iann Dior… and the list goes on.

Talent shows such as The X Factor are definitely fun to watch and give some people a platform to show their talent. However, I prefer to try and make it through putting out great songs and having real organic growth of my audience.

Besides my project with Scott Storch, I have also collaborated with a big rapper, and the work will also get released in early 2021. I am working on my second album as well, and have already recorded the first couple of songs. Finally, I am working on getting my new website done and the merchandise ready for my post-pandemic tour. 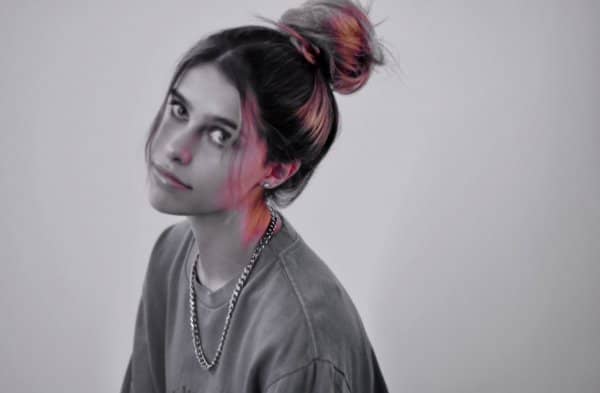 Maia Zakay © to the owners