The new sound of Ireland: interview with Miles Graham 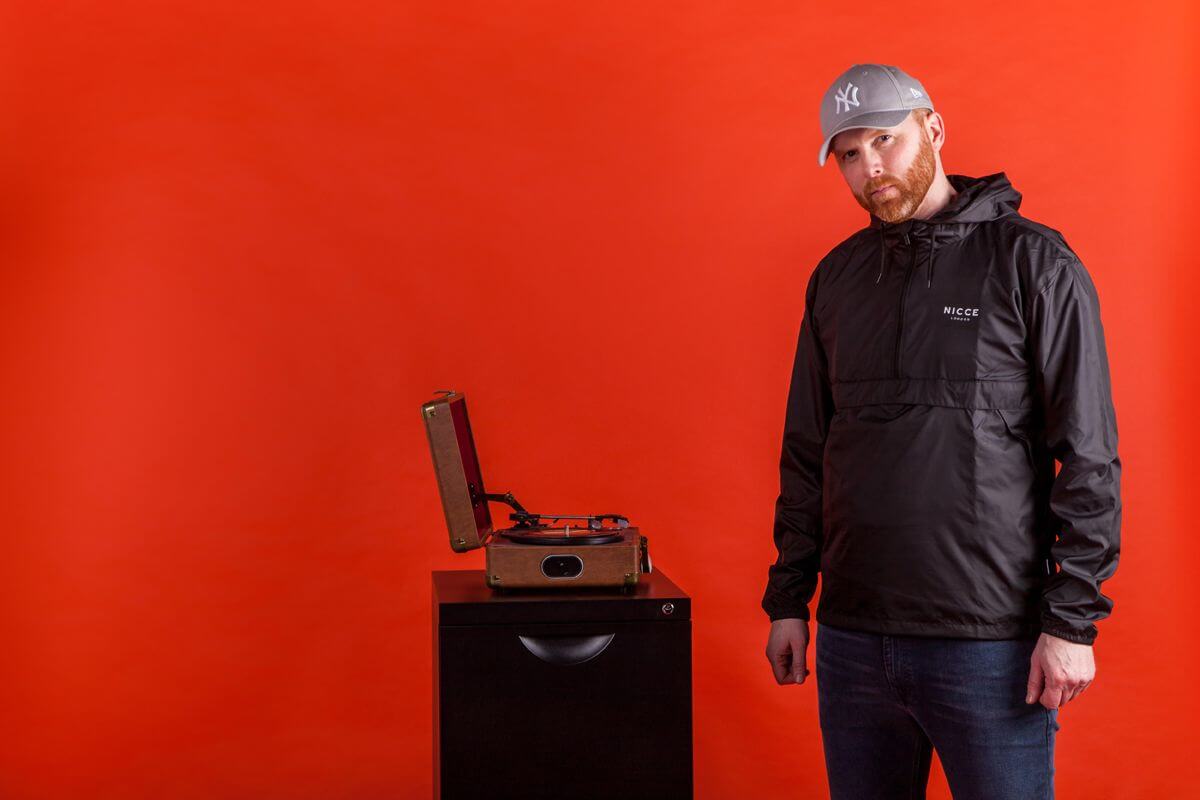 Miles Graham is an Irish singer and songwriter whose music sounds extremely familiar from the very first note, but not because it reminds you of somebody else’s, as the soulful pop lyrics and chords are so well-crafted and cleverly put together that you’ll hardly believe they don’t come from some multi-billionaire mainstream artist you must have already heard about.
His latest EP All The Right Things, released in 2020, comes after successes like Don’t Change and especially I Can’t Love You Again – which was largely praised and playlisted by BBC Radio 2.
Miles Graham is in today for a quick Q&A about his groundbreaking music.

Hey Miles, your music is really good. Do you know that?

Thank you! I just try to create the music that I like listening to and vibe off. It’s hard at times to see outside the box at what you’ve actually created and to hear from other people’s perspectives, but I have a lot of belief in myself as a songwriter and creative and I work really hard at my craft.

Your music style is a blend of pop, folk and soulful sounds: how did you come up with this pretty unique and fascinating genre?

I don’t really like to put it into genre boxes, I just see it as creating music I like to listen to. Though it does amaze you what other people can hear from it. For example, I don’t hear the “folk” side at all, but it has come up quite a few times. It’s really complimentary to hear that the music I’m creating feels unique to people.

Where does your new EP All The Right Things come from? Is there a story behind it?

The EP came from a pretty dark time in my life, but ultimately I’d like to think it highlights the things that inspired me the most through that period. I didn’t purposely set out to write a breakup EP, it just happened to be what was happening in my life at the time. The process of creating these songs is as important as, or even more than, recording and releasing them. I hope they can relate to people going through similar experiences. The title track All The Right Things maybe sounds like a self-help book, but it is actually not as confident as it is maybe perceived, at first. The lyric all the right things, with the wrong results… tells a story of how you can try to do “all the right things” with the best intentions ever from your perspective, and still, they might not be the right things to do from someone else’s perspectives.

What was your dream job as a child? Did you have a plan B in terms of career?

I was always pretty good at Art, drawing etcetera, and I’d thought about graphic design as a career: so not much of a far cry away from music but still not that lucrative as a career unless you’re really lucky.

You’re Irish and you work in the UK. How do you feel about Brexit?

It’s very complicated. I’m very proud to be Irish, I’m not very political in my thinking but my natural belief is people before profit. I do think it’s important to hold onto individual Irish, English, Scottish and Welsh heritage and cultures within any transition. Those things would be more important to me rather than the economy, but I understand the importance of it. I think we need to think of it as a good community spirit between neighbours while respecting our own differences.

What achievement are you most proud of?

Ultimately, I’m proud of my family achievements. I’m proud of breaking through some boundaries along my musical journey also. Starting out in a music career in my 30s, the first reaction from major labels was “we like it but why did you wait so late?”. One of my heroes in music, the late Bill Withers, started his career at 32, funding his own records. I remember reading he came across challenges similar to mine, but ultimately, he let the music do the talking. I also think societies conditioning to write people off leads to suicide and depression and mental health issues. This was brought up in Mental Health Week 2020. I believe people have so much more potential than to be written off at just a third of their life expectancy. I feel I’m part of that community and I hope I can contribute by using my music platform.

Just to mention the great Bill Withers again, his philosophy in life and his wonderful music have been an inspiration to me and so many others. It is very apt that his music is very present at this time when the world needs it so much. I feel very sad I never met the man but I’m proud to be alive in his lifetime. In life, my family are so important to me and many of my siblings and indeed my children inspire me every day: the way they get through challenges in their lives and still shine with positive attitudes.

Are there any artists you’d like to collaborate with?

I’ve been very fortunate to collaborate with some top DJ producers like Don Diablo & L’Tric in the house and dance music world. I’d like to do more of these as they are such a great experience to create music. When you’re writing and singing out of your own embodiment and even genre you might say, it inspires you to write differently and challenges you to be creative in brand new ways. I’ve had lots of fun writing tracks 1994 (L’Tric), Bright Skies (Don Diablo) and Reckless (Tom Budin). I would like to do a duet sometime, I’m a fan of so many amazing female artists who are making great music. In the States, I like artists like Alica Keys, H.E.R, Yebba Smith and, on this side of the pond, I like Emeli Sandé.

I understand how they work for the TV world, but being honest, I’m not sure the show is for the greater good of music creation. I’m a creative, I think we need to give opportunities to more diverse music. Songs written by David Bowie, Prince or perhaps songs like Bohemian Rhapsody by Queen would never have seen the light in an environment like The X Factor. You rarely see artists singing original material on these TV shows – not because the artists don’t have the potential to do it, but because it’s controlled by the TV producers and they have viewing figures in mind rather than creative freedom. Not that the artists on the show don’t have the potential to do it, but because it’s all too controlled by the TV producers, etcetera. It has given some artists like Rebecca Ferguson, James Arthur and even Niall Horan a launchpad to make the music they want to make afterwards, so I suppose that’s the argument.

★ If you liked this interview, you may also want to check the interviews with Prince’s musical director Morris Hayes, Imelda May, Amy Macdonald, Tally Koren, Alice Merton, Maia Zakay, The Lumineers and our full section dedicated to independent music to discover more hidden gems 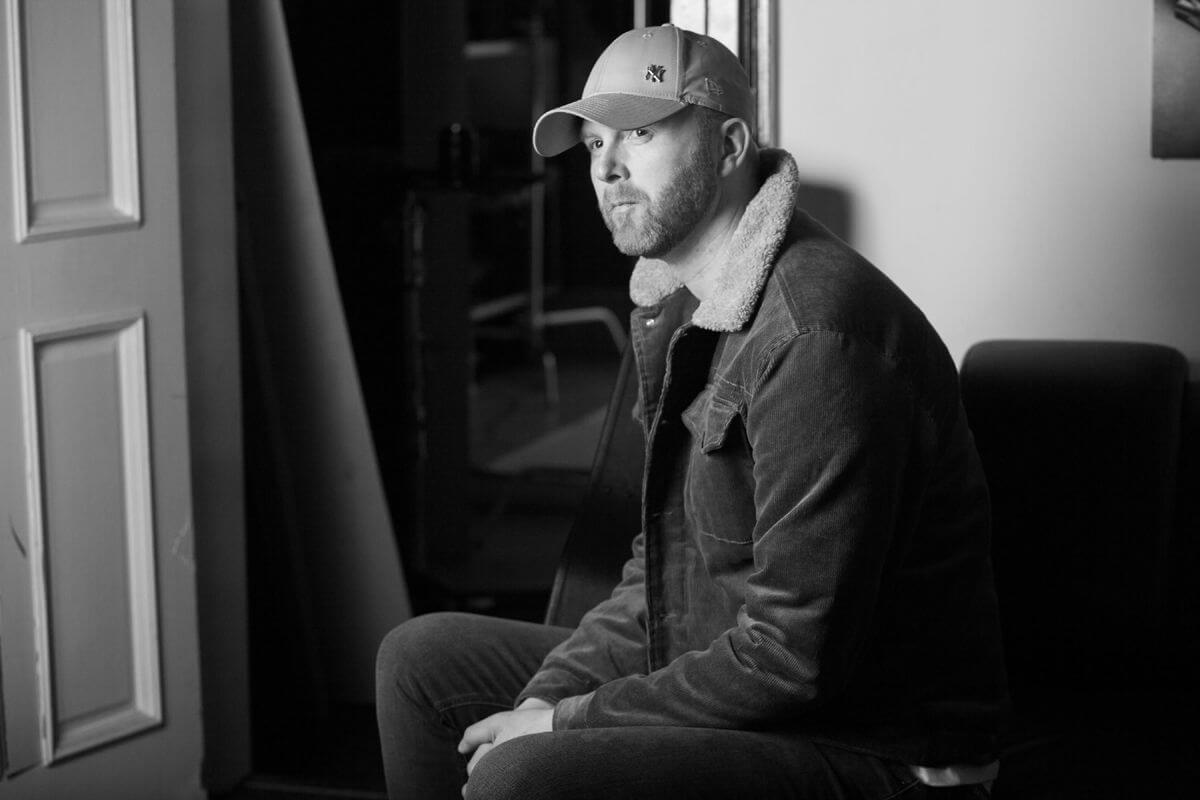