Mr Bean to Man vs Bee: the shortest interview ever with Rowan Atkinson Man vs Bee by Netflix

Man vs Bee is a 9-short-sized-episode Netflix series starring the much-loved British actor Rowan Atkinson whose legendary comedy series Mr Bean and Johnny English and the well-remembered cameos in films like Love Actually and Four Weddings and a Funeral have been entertaining millions of people all over the world for decades – and counting.

The programme landed on Netflix UK on 24 June 2022, and presents Rowan Atkinson’s new character Trevor Bingley, a clumsy first-time housesitter being challenged by an unbearably annoying bee which will lead him to completely destroy the luxury mansion he had been assigned to. 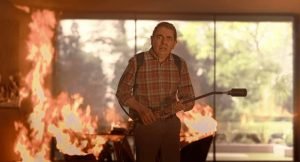 Like most A-list celebrities, the Mr Bean star is extremely difficult to reach out to for interviews, but we were lucky enough to get some of our questions selected for the official UK press conference of Man vs Bee, which gave us the chance put together the shortest interview ever with the one and only Rowan Atkinson – and what an honour has it been! 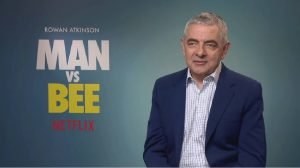 Rowan Atkinson at the Man vs Bee’s UK press conference 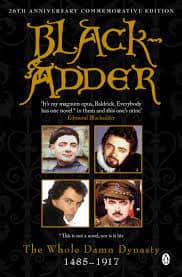 Rowan, what achievements at this stage in your career are you the most proud of?

Ummm…. one must know that pride is one of seven deadly sins, so one shouldn’t exhibit pride in anything… I don’t know… what do I get pride and satisfaction from? I can’t think of anything I’m absolutely proud of. If I’ve done some jokes that people have liked, then that is pleasing and satisfying. I think probably the thing that I enjoyed in the show, the franchise, the brand or whatever you want to call it, the thing that I found the least stressful might be Blackadder, the sitcom I did in the 1980s. That was good because of this feeling of shared responsibility among a lot of really good actors. 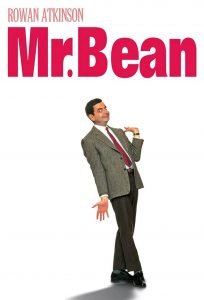 How about Mr Bean?

Well, with Mr Bean it’s a very singular thing you do, I do feel the stress and responsibility of being not only the principal performer but the principal performer by quite a margin, so you do feel it all on your shoulders and it weighs heavily. But with Blackadder, I’ve always felt like a sort of master of ceremonies to be very funny for two-and-a-half minutes while Tony Robbins is Baldrick and Stephen Fry is Melchett, yes, so every day there was this lovely feeling of shared responsibility. So when things went right, we all took the credit. And when things went wrong – you know, nobody took the blame. It’s like politics.

Yes, I have been surprised by the longevity of it, and I think, I guess an awful lot of it it’s because it’s all set in historical periods, so there’s nothing up-to-date about it, it’s an 18th-century sitcom. You know, you look at the sofas and wallpapers and you think “Oh, it’s not our time”, whereas if you’re looking at something in the 18th century, you think “That’s how I expected it to be”, so I think the historical period has helped us.

You know, plenty of children are still discovering it and enjoying it up to this time…

Oh, great, that is good to know. Thank you! Rowan Atkinson in 2014 by Gerhard Heeke ©