Music is My Life, Magical Powers and the poem by a 13-year-old that became a single: Tally Koren interview Music Is My Life by Tally Koren

Tally Koren is an Israeli pop star with a deep velvety voice who won Best Singer-Songwriter at the Fringe Awards in 2011, took part in The Graham Norton Show, sang at The Royal Albert Hall and The House of Lords and launched The National Schools Poetry Competition which was followed by the great inspiration for her latest amazing release to come to life.

The lyrics of her beautiful, enchanting and absolutely moving EP Magical Powers originated from a poem written by the then 13-year-old Kezia Blain, who is now 25 and has eventually become a visual artist.

On the occasion of the release of her latest single Music Is My Life out on 8th October 2021, we had the pleasure to host Tally Koren for a quick Q&A about all her inner Magical Powers including poetry and songwriting, and how music can help spread a global message of hope and peace during these difficult times. 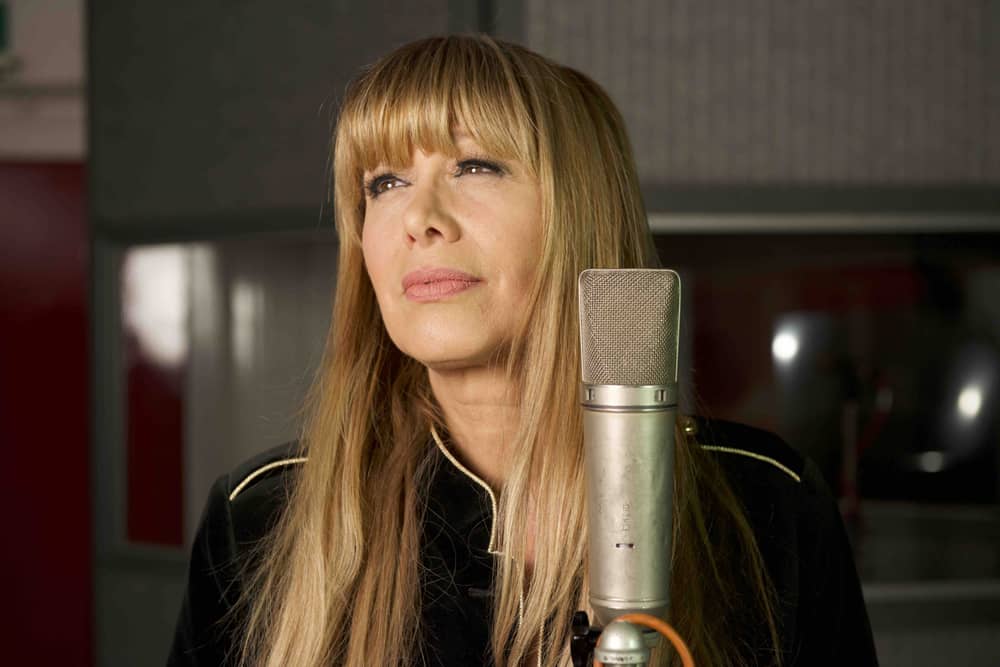 Tally, how was Magical Powers born and what does it mean to you? Magical Powers was born when the father of a teenager came talk to me after one of my performances at an event and asked if I was planning any songs around the theme of peace. He then emailed me a poem written by his 13-year-old daughter Kezia, and I just couldn’t believe that a 13-year-old would write this. Magical Powers moved me to tears, and – as soon as I read it – I went straight to the piano and composed the first verses based on the lyrics. This song means the world to me. It made me truly understand the treasure that our children keep inside them.

How and why did you start The National Schools Poetry Competition?

Magical Powers is the reason I later created the National Schools Poetry Competition. When I read the poem and understood the potential children got, I immediately bought the domain name to create a platform for a poetry competition for children. My late husband was having chemotherapy treatments at the hospital at the time, and I had a lot of free time. What actually made the real difference was getting support from Lord Robin Eames OM who arranged for the winners to be awarded at The House of Lords. The platform and competition are very appealing to children especially as they knew the winner’s poem would be turned into a song.

How did the now grown-up author Kezia Blain react to the song?

I recently had a lovely chat with Kezia who has since become a London-based virtual artist. She said she loved what I created with her words and the work I do to inspire children and adults to express their inner feelings and be creative.

Magical Powers is very much based on a sense of peace and hope; as an Israeli-born living in London, how do you feel about the armed conflict in your country and do you think musicians and artists hold any kind of responsibility as peacemakers?

My 2019 UK tour message actually was “we all speak the same language through music”; I spend a lot of time focusing on thinking about how to build bridges for peace, and the situation in my own country in the last two weeks is making me very sad. But we must not lose hope even in the darkest times.

What’s your relationship with poetry and why did you become a singer instead of a writer?

I have written poems in my native language – which is Hebrew – since I was a child. Although I now write most of my lyrics by myself, I don’t have the same writing skills in English that I have in Hebrew, so I team up with poets, both children and adults, to enrich and improve my work. What I realised is that I love to play with words and create song hooks. I love singing since I was three, so combining singing and writing in a singer-songwriter career was the ultimate outcome for me.

I am proud of being on the Radio 2 playlists with my song Beauty Of The Duty. This is a huge achievement for someone like me who moved to London with just a suitcase and a lot of big dreams. I am also proud of having been given the opportunity to sing for the late Israeli president Shimon Peres in 2014 – his work for peace has always inspired me so much. Performing on the stage of The Royal Albert Hall is also something I will never forget.

Free Will. It’s because of the message it conveys of being able to choose what’s good for us in every single moment of our lives, and translate this into our actions in the world. I’m also attached to My River, a song reminding me that I can always silently go finding my river, including in dark times. I also like the song The Gift, which is included in my forthcoming album.

Who are your main influences in music, poetry and life?

What kind of music do you listen to these days?

Over the last few months, I often listened to Children by Robert Miles. I need infectious melodies when I’m home getting wild dancing and exercising!

There are many new amazingly talented singer-songwriters out there.

What was your dream job as a child? If you didn’t make it into the music industry, what was your plan B?

I gave up singing at the age of eight when I didn’t make it to a local singing competition, then I worked as a model until I was 25, so I actually lived most of my life in a plan B. When I eventually became a singer-songwriter, my love for music increasingly grew and I was fulfilled by doing what I love. I won’t think about any plan B any more, and I love inspiring others doing so, so people can be happier and create a better world!

Are there any artists you would love to duet with?

What do you think of The X Factor?

It’s a great platform to help people achieve their dreams.

I’ll be releasing a new album in October 2021 by the title of If I Could Write A Love Song, and I’m just so excited!

★ If you enjoyed this article and this type of music, you may also like our interviews with Andrea Bocelli, Redi Hasa, AVAWaves, Stefano Fasce, Sarah Class, Ludovico Einaudi, Stephen Emmer, Joanna Forest and Stephan Moccio Tally Koren – © to the owners